At  MCC, or really any college for that matter, there is a strong emphasis on marquee sports such as football, basketball and baseball.

It is understandable that people would want to focus on these particular sports.

They are engrained in culture and they are known to be very exciting.

Though, students may want to consider supporting some of the less mainstream sports that take place on campus.

MCC features sports that vary greatly in scope from what students may be used to seeing.

Bowling, Fencing, Tai Chi and more are offered at the MCC campus, but the audience and attention given to them is but a blip on the radar compared to that of even the smallest of football games in a year.

People may not think of these as spectator sports, or maybe not even as sports at all.

That is perhaps the issue. It might be a lack of understanding for what some of these competitors do.

Some people might say that football players work a lot harder to do what it is that they do.

They have the physical strength, endurance, ability and focus.

It takes all of that and more to be a great football player. But who’s to say some of these other sports don’t require the same.

I myself love bowling and have done it quite a bit.

I am not a great bowler by any means, but based on my experience the people that are great at it have to have many of the same things that any other athlete would have.

Any great athlete needs to be focused and bowlers can’t lose that focus for a second.

Discipline, attention to detail, commitment and strength, both physical and mental all come into play as well.

Don’t get me wrong, a bowler certainly doesn’t have to have as much brute strength as a great football player, but they may have to have more patience and consistency.

The point is that there is nothing that says these lesser spectated sports are somehow any less legitimate.

Students should consider going out and supporting some of these sports in the future.

Go out and watch a fencing match or watch some Tai Chi.

If you do, you will see why these sports can be just as entertaining and competitive as the bigger name sports that tend to draw the focus. 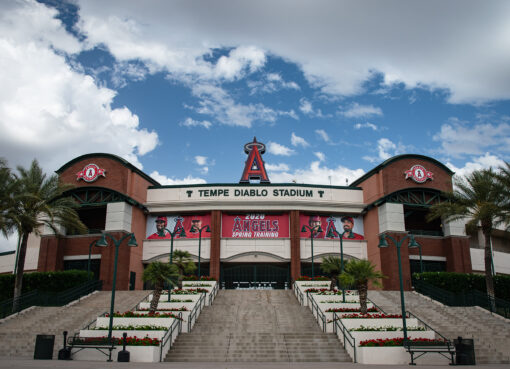 Fans are moving on without sports

With many sports seasons postponed or cancelled, fans have had to adapt to the lack of sports.
Read More
04/03/2019