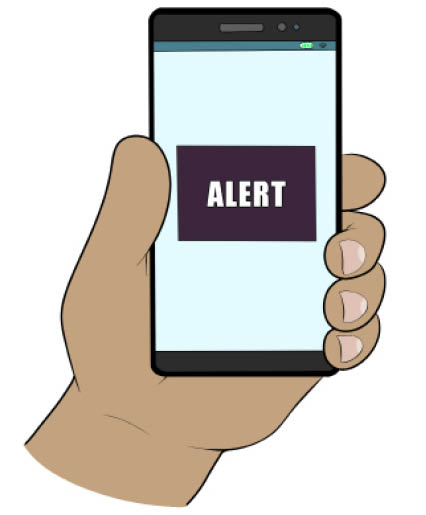 Maricopa County Community College District (MCCCD) emergency alert system notifies students and staff when safety and emergency situations arise on campus. The system sends out text messages and emails to those who opt-in for Rave alerts.

The system was tested with an emergency preparedness drill. Mesa Community College (MCC) went into lockdown as part of a critical incident training exercise on August 16. The lockdown drill was initiated by MCC’s critical incident management team and college police department.

The drill gave employees practice with emergency procedures and ensured the mass communications system is working. The Rave System is the district-wide mass communication system which sends out notifications about campus situations and when a situation concludes.

Students are entered into Rave via the Student Information System (SIS). Students must opt-in for alerts to end to a losted their cell phone number listed in the SIS. Employees of MCC are added into Rave through the employee database. Email messages are also sent out as part of the notification system.

The drill lasted approximately 15 minutes. Lieber said that in the three years since he has been with the college, a lockdown drill has never commenced.

“I think it was a huge success. It got our people thinking about what they would do if we would go into lockdown,” Lieber said, “and usually we always associate a lockdown with an active shooter situation.”

Robbie Jensen administrative specialist in the English department said she received an email that day a drill was going to happen, but no time was specified.

“We could kind of see when they were getting ready because it was a drill. We could see the folks in the green vests and one of them even came in here,” Jensen said. “I felt a little edgy.”

During the lockdown all doors to the buildings are locked, physically or electronically.

Jensen said, “We did find out that the room that was recommended to us to be our safe room, the lock on one of the two doors into that room doesn’t actually work.”

If it were a real emergency, Lieber said anyone in the parking lot would be asked to evacuate and allow first responders unimpeded campus access and keep roads clear.

According to Lieber more training exercises including fire drills will be planned throughout the year. MCC’s dispatching system is available 24/7 at 480-784-0911 where campus police will be notified directly and can respond within a couple minutes.

Prior to the drill a message was sent out through Maricopa Emergency Management System (MEMS) for before the start of fall semester. A contractor working in Mesa Community College’s BP Building found a suspicious device that Mesa Police Department’s Special Response Team determined to be safe.

Students registered in MCC’s Student Information System (SIS) received notification to avoid the BP Building on August 6 around 11:45 a.m. The alert system sent an all clear message near 1:24 p.m, saying activity can resume to normal.
Steve Lieber is commander of the Department of Public Safety at MCC. The contractor notified Lieber’s department about the suspicious device in the BP Building, where musical equipment was stored while the music room was being remodeled.

The building was evacuated and personnel were stationed outside to make sure no one entered. The jurisdictional bomb team, part of City of Mesa’s Special Response Team, came out to determine whether the suspicious object was a pipe bomb.

After x-raying the object, Mesa Police Department (MPD) removed it and took it to their range.

It was later determined that the object was a weight used to hold media equipment down. When turning over the device, MPD Special Response team technicians found an MCC Media label.

Maintenance and Operations department made the weights approximately five or six years ago to weigh down media equipment.

“It was an innocent mistake by [Maintenance and Operations department] making it to look like that and in future we definitely won’t have weights that look like pipe bombs,” Lieber said.

Josette Madonia is a journalism student at Mesa Community College. 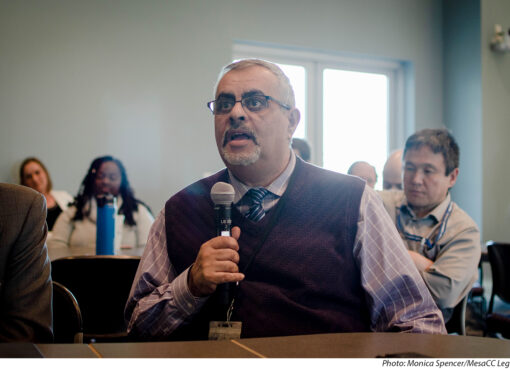