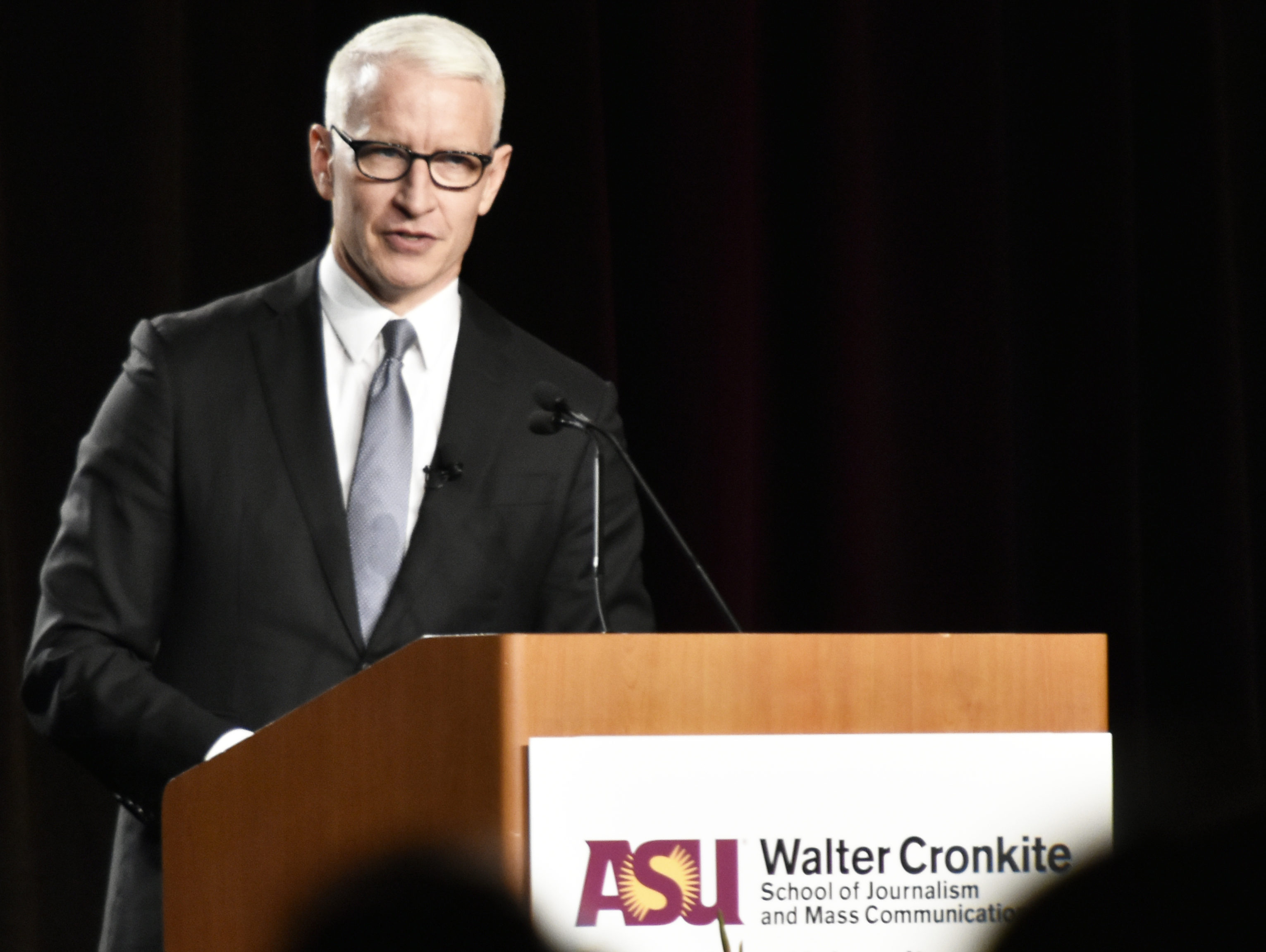 Anderson Cooper delivers a speech at the Sheraton Phoenix. Photo by Stephen Peck

Anderson Cooper was presented the Cronkite Award for Excellence in Journalism at the Phoenix Sheraton on Oct. 17.

The CNN reporter and anchor of Anderson Cooper 360 gave an inspirational speech to the crowd of Arizona State University affiliates, students, and Arizona news organizations. He spoke about his career, the importance of humanity through journalism, and the importance of truthful journalism in society.

The recent attack on news legitimacy was the linear theme throughout the luncheon. Attacks that, as Anderson said, “make the truth into lies and the lies into truths.”

Students from the Walter Cronkite School of Journalism, and faculty of ASU, presented videos introducing Anderson Cooper, highlighting important moments of his career. Both videos discussed this distressing topic questioning what they could do, and how to keep journalism afloat.
“The answer to the attacks on reporting is to keep reporting,” Anderson said.

In these videos, his background was also addressed. Anderson Cooper’s mother, Gloria Vanderbilt, belongs to one of the wealthiest and most infamous families in America. Anderson joked about his family being a bunch of “lay abouts.” He remembered asking his mother for help when he applied for a job as a waiter. She thought about the answer for two days then told him to, “wear vertical stripes,” as they would make him appear slimmer. Years later, when Anderson asked her what to do for a career, she told him to, “follow his bliss,” something that he referred to as better advice that he has followed to this day.

Anderson became interested and enamored in journalism at a young age. In his reception speech, he told the audience he’d watched Cronkite report from Vietnam and that it had a significance on his eventual career choice. Armed with only a liberal arts degree, Anderson couldn’t find an entry level position in journalism. He manufactured a fake press pass and traveled to Africa to report stories on his own.

“If no one would give me a chance, I had to make a chance,” Anderson said.
He spoke about, “searching for wars,” to report on. These well reported newscasts would propel him into a successful career with CNN in which he would travel the world in the occupation of his dreams.

Anderson Cooper reflected on the moment during these travels when he realized journalism was his calling. He was standing beside a Somalian family washing and preparing their perished son for burial. In that moment, he knew that he had to report the news in order to tell their stories. It is this humanity that permeates throughout all of his work.

His willingness to venture into dangerous territory, from the aftermath of Hurricane Katrina, to famines and to war sites, has made Anderson Cooper into one of the most respected faces of the news. He spoke of the camera lens being so small, impossible to convey the dramatic impact of the areas he visits. But he tries and is motivated by the effort to give a voice to those who are suffering and to, of course, report the facts.

In visiting disaster-stricken areas he learned of, “the thin veneer,” that keeps a society in motion and related this, vaguely, to America’s current political situation of a white house that addresses news as, “fake news.” Though Anderson Cooper keeps his political views private, he talked about the importance of the press and, through his speech, gave inspiration to the ASU Cronkite students.

Anderson Cooper is the 35th recipient of the Cronkite Award. Other award winners include Diane Sawyer, Tom Brokaw, Al Michaels, and Bob Woodward. 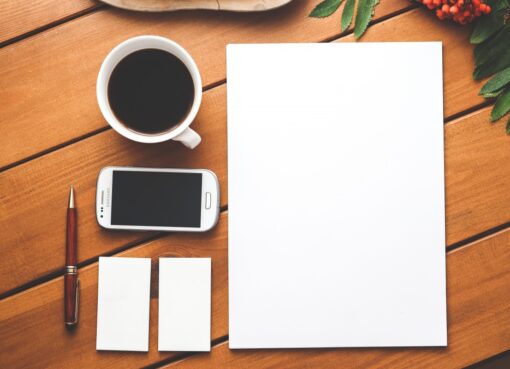