Fans and collectors rejoice in the playful figurines

Bobble heads move over, there is a huge new collectable sensation that is sweeping the world called Funko POP! Funko Pop vinyl figures are these small figures that have small bodies and big heads with black bettie eyes.  Funko Pops vary from all different television shows, movies, video games and so on.  With over hundreds of different Funko’s made, ones collection could have figures anywhere from Minions, Game Of Thrones, X-Files and many more still being currently made.  Funko’s starting price is usually $8.99 but depending on the figure itself wither or not if it’s a special addition could cost one up to $20 or more. 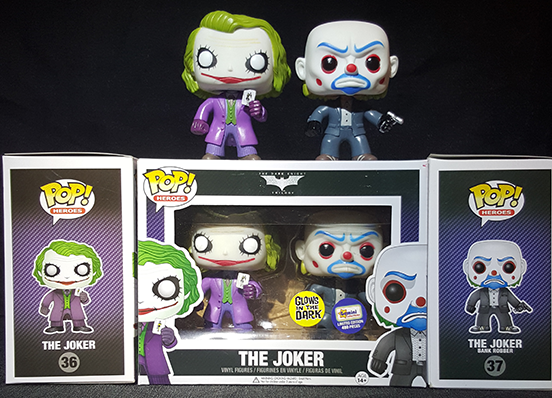 These figures can be purchased online, at any Barnes & Noble, Hot Topic, and other reliable retailers. These simple figures have made way into millions of collector’s homes.
These collectors ages vary from a young child to even adults, Funko figures have no real age demographic. Some collectors started collecting Bobble heads and then made a change into Funko Pops. Charles Oh states how he fell in love with Pop Vinyl “I started collecting Funko products because I really like Bobble Heads. But when the Pop! Vinyl line was introduced I just fell in love.” Charles’ Pop count is currently at 528 and growing.

Charles is a hardcore Pop collector; he shows his collection on Instagram under the username “POP.MANIA” with almost 2,000 followers.  Charles explains why he loves Funko Pops so much  “Funko did an amazing job creating vinyl figures that are cute yet aggressive and relatable to so many people. For me and I believe a lot of other people its that combination of stylized figures that show extreme detail but are also simplistic (big round eyes no pupils, small nose, small mouth etc.) Coupled with how affordable they are that make POP’s so desirable.”

Amazon.com is also a great place to check for the most recently released Funko Pops.
Funko has also expanded with other products such as “Pocket Pops” that are even smaller size vinyl figures to be used as key chains or another great collectable to put on your shelf.  But still the biggest seller from Funko today would be their Pop Vinyl figures.
Dominick Martino, a collector from New York, explains why he loves Funko Pop’s.  “ I started collecting Funko Pops about two years ago, I currently own approximately 40 of them. Most of them are inexpensive, easy to enjoy and are well made. Funko Pops all have a distinctive look, which is easy to identify. In all my collection is always growing and I’m glad a company made a product that I can enjoy across all of the fandoms I enjoy.”

Staying fit in the New Year

Kathryn Yslas Mesa Legend And so, the wait is over.  Star Wars fans around the world have rushed int
Read More