Young women are living in a world where gender inequality is a dangerous issue that needs to be addressed from top to bottom and redesign the how women are seen in society.  “Men and women are held to different standards because the status of what men do. Men have always been held to a higher status than what women do throughout the history of time,” said Paul Harasha, a sociology professor.  “Gender inequality is apparent in many different types of areas: pay, the way people are treated, access to jobs, voting around the world, and political leadership,” Harasha continued.

“For me though the greatest manifestation of gender inequality is the double standard that men and women have when it comes to sex: how men are considered studs and women called sluts for having it,” Harasha said.  Mona Scott, also a sociology professor at MCC, agrees with Harasha when it comes to gender inequality.  “It starts with patriarchy-it’s the idea, a practice, a belief system, it’s an entrenched system that structures our entire society,” Scott said.  “It’s a system that says men are the ones who should be in power- it’s normal to think men are stronger, and smarter than women so they deserve to be in power,” Scott continued.

“If you look at every president we’ve had it’s been a male, men are considered the head of the household, when we look at CEO’s of companies they’re men. So patriarchy to me is the reason we have a double standard when it comes to men and women,” Scott said. “We are all socialized to think about ourselves in these gendered ways, where men should be the ones leading and women should follow,” Scott explained.  Harasha and Scott both agree how women have it a lot more difficult than men do today and how they are objectified by most people in society.

“Men see women as sex objects and sex symbols to control,” Scott said.  “When it comes to women’s sexuality, it’s tied to the sexual and social control of women that is rooted back to patriarchy, and we have this system that uses women’s bodies to to sell products and that’s an economic component to exploiting women,” Scott explained. Society places this normalization of only seeing women as objects that young women have to be careful around men. Megan Ross, a student at MCC, explained how she feels frightened at times just because she is a female.  “Any time it’s dark out and I am alone, that’s kind of scary, because if you walk past a group of men, you don’t know what they’re going to do or what they’re going to say,” Ross said.

Victim blaming is another example of how much gender inequality there is in society.
Victim blaming is when a victim is held either partially or wholly responsible for a crime that is entirely the fault of the perpetrator and not the victim. It’s seen a lot with rape cases, the victim can be blamed for saying she was dressed provocative or drank too much, but in reality, a victim should never be blamed for the actions of another person.
“We have a tendency in sexual assault cases to ask the woman why she put herself into that situation,” Harasha said. “We ask the victim questions instead of putting the lens on the dominate group.”

Angelica Gutierrez, a graphic design student at MCC stated that she believes that it is never the victims fault.  “You can walk around with whatever you want to wear, and they cannot touch you because it’s your body,” Gutierrez said. “Some men just don’t understand when no means no.” The hardships like these all stem from the fact there is rampant gender inequality in our society. But by spreading awareness, we can make sure no one ever has to feel afraid again.

MCC library employee tours the west coast as a musician

Music is something we all love and need.  With all that’s going on in the world it can be one of our
Read More 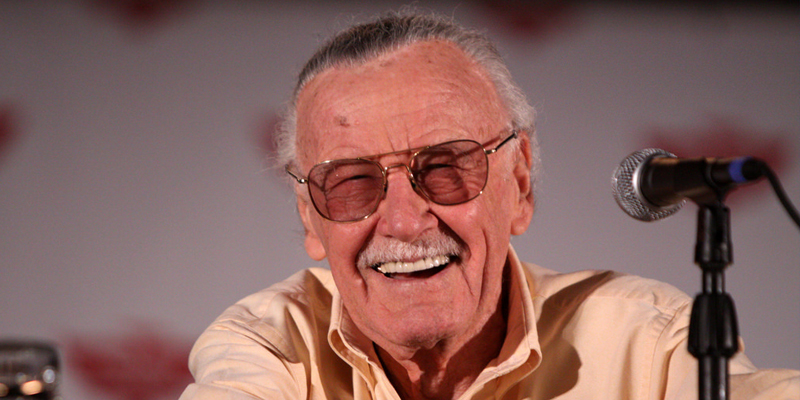 Remembering Stan Lee: How do you feel?

Blake Blunt, Forensic Science It was upsetting because like… I met him one time at Comic Con San Die
Read More