It’s no secret that police have a public image problem. Recent high-profile confrontations between offices and suspects have brought these longstanding issues to the forefront of public discourse. Officer Jim Hill and the MCC police, however, have made improving relationships with the community a priority. Hill, who has been a police officer for almost 30 years, spoke on the necessity of what he called “community policing.” “When I see communities out there having issues with their police departments, the unrest — I can tell right away, there was no foundation there to begin with,” he said.

Hill began his career in Washington, D.C. at the beginning of the city’s so-called “crack epidemic.” “So I know how important it is to be in those neighborhoods,” he said. “It’s not just, you know, driving through, checking the computer, going from call to call.” As a result of his experiences, Hill was not afraid to criticize what he sees as failings on the part of police. “Staffing and the budgets have been slashed so much, you don’t see people out in the communities, actually walking around the neighborhoods,” he said. “It’s become call-taking instead of community policing.” “I see too many departments that think community policing is having a podium moment,” Hill added.

“People don’t understand what police work actually entails,” he said. “All they see is the couple-second soundbite that runs endlessly on the 24-hour news cycle and think that’s the entirety of the story, and that’s the entirety of policing.” To make his point, Hill told a story of his time working with members of the Yaqui community in Guadalupe. “We have a Yaqui neighborhood in Scottsdale also, and Guadalupe is half Yaqui Indian. Well, they’re all cousins, and that was my beat,” he said.

During a presentation on gangs in Guadalupe, Hill was confronted by a Yaqui man, who accused the officer of racial profiling.“All of a sudden, this kid stands up, about 27 years old.  And I thought, ‘Here we go, the whole crowd’s going to turn on me,’” he said. “He was a kid from Scottsdale back when I was a beat officer. And he said, ‘I grew up around (Hill), I worked parks and rec in Scottsdale, and you better sit down.’” “It’s one of those moments when you’re like, it works,” Hill added. These and other experiences have confirmed for Hill the need for community relations.

In addition to working actively in the community, Hill noted the importance of giving back to the community. During his time as president of the Scottsdale police association, Hill made charity work a keystone of the association’s work. “If you’re going to be out there complaining that we need more money for stuff, you should probably be doing something extra out there in the neighborhood,” he said. After joining MCC’s department, one of Hill’s first events paired children and law enforcement to do shopping for the holidays.

“It wasn’t bad for a first year,” he said. “We had 250 kids and each got $100 to go shopping, we had a big breakfast, a big party here… and then Santa showed up and we all went shopping at Target here.” While the event helped to give children a positive impression of police, according to Hill, it also reflected well on the college and district. “There’s 250 kids who may have had a positive experience, who might say, ‘I never thought about going to college, but there’s a college right here I went to, and that was a really good experience. Maybe that’s the one I want to go to,’” he said. “What I’m hoping for is that they say, ‘I want to be a cop.’”

Hill also described his and the department’s ties to ABLE, the Arizona Black Law Enforcement Association, a group that focuses on drawing African-Americans to police work. “In the African-American community, there’s a lot of ‘Well, not the police.’ Here’s a whole group that’s dedicated to African-American police officers,” he said. “We’ve always had a partnership with them.” Hill retains high hopes for the future of community involvement with MCC’s police. “One of the things we’ve always said is, ‘If you can think of a program or an idea, we’ll create a program around it,’” he said. “We’re open to anything.”

One of Hill’s ongoing projects is called Book’Em, which features police officers reading to children at Fiesta Mall. “We’re actually getting moms and nannies and stuff bringing their kids and putting it on their calendar,” he said. “Eventually, I’d like to one day a month over there, and one day a month at our (MCC) library to get that connection going with the community,” he added. The next Book’Em event will take place on April 13. Another program is CODE 3 Sports, in which a team of first responders and a team of high schoolers will be trained by local coaches, culminating in a final game of flag football.

]Practices for CODE 3 began on April 3.For Hill, keeping the department open and accountable to the community is paramount. “It’s about getting everybody involved so it isn’t just our little bailiwick here to keep everything secret,” he said. “The more people involved, the better.”More information on these and other programs can be found at http://www.arizonaleos.com/

Nikki Waldmann Mesa Legend Cancer is one of the hardest words to swallow, with an estimated 1.6 mill
Read More 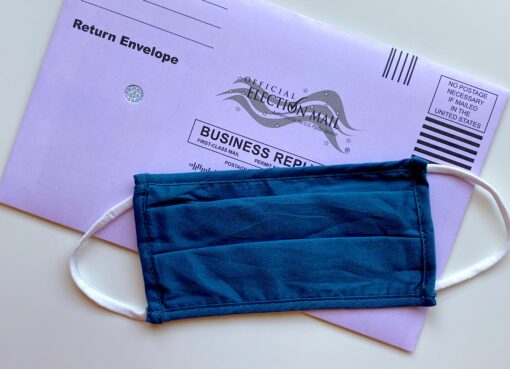 Voter fraud allegations have increased public concern, but how credible is the threat?
Read More 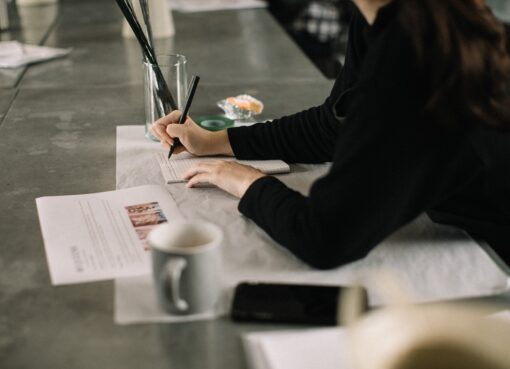