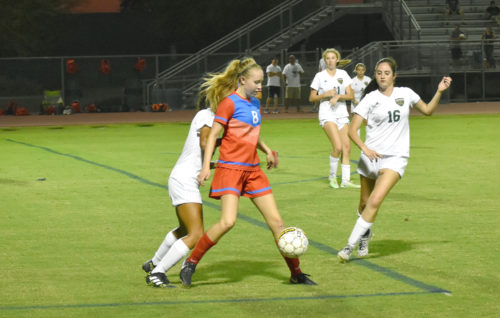 Lady T-Birds Get Defeathered by the Fighting Artichokes Tuesday, 8/29/17, was a hot and miserable outing for the Women’s Soccer team.  The Mesa Community College (MCC) Women’s Soccer traveled to Scottsdale Community College (SCC) to face the Fighting Artichokes.  The game began at 5:30 P.M., local time. The women had come back in overtime in their last match against Gateway Community College (GCC).  They won 3-2. Coach Drew Guarneri said, “It was a great fight.  It shows a little bit of character when you’re down 2-0 and you manage to pull it off. It gives’em some hope.”

The next goal came at 35:44 by number 10 with a 35-yard shot into the top-left corner. Kalleigh Gibadlo, 12, came with the assist.  With only 3 seconds left before half, the Lady T-Birds took another blow with the third goal by SCC.  Coach Guarneri had the women get some water and then took them, as a team, out into the field to talk about the first half of the match. The onslaught of goals did not stop there.  SCC poured in three more goals in the second half before MCC put in their first goal.  SCC received a free kick from 25 yards out, at 2:25 into the second half.
Kindall Kaufmann, 22, put the kick in the Thunderbird net.

Kaufmann then crossed to Amanda Maciel for her second goal and fifth of the game for SCC with 39:22 left in the game. Number 22 put the games sixth, her second goal, unassisted, from 30-yards out and plenty of time left on the clock.  The Lady Thunderbirds began to show life even though the Fighting Artichokes had the match in the bag.  Martina Bueno, 6, gave the Thunderbirds their first goal with an assist from Tawsi Rohner, 8.Bueno and Rohner scored the next goal for the Lady T-Birds, but in opposite roles.

Bueno gave Rohner a cross from the right side of the field, headed in by number 8.  These two put these goals in within 1 minute 10 seconds of each other. Mia Martinez had her own spectacular unassisted shot, which she celebrated with a dance, from 30-yards out into the top right corner of SCC’s goal.  SCC’S Kaufmann and Maciel would seal the deal with the seventh goal with 37 seconds left in the match.  SCC had all of the stats to back up their win. They outshot Mesa 13-8 and had five saves.
The Lady Thunderbirds have their next game, away, against the Bears of Phoenix College.

Mauling for Thunderbirds ends in a loss

UFC Fight Pass is a knockout win for viewers

Kian Hagerman Mesa Legend A massive collection of content across a number of organizations, that inc
Read More 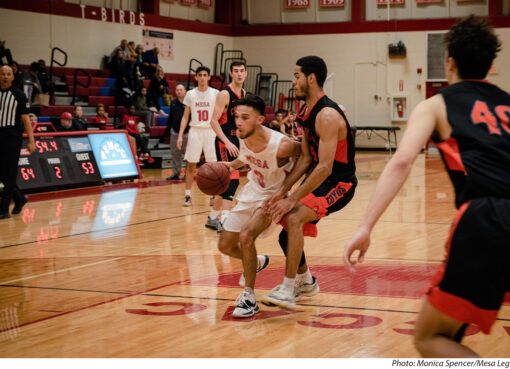 Carlos Saucedo did it all. In the Mesa Community College (MCC) Men’s Basketball victory over Chandle
Read More