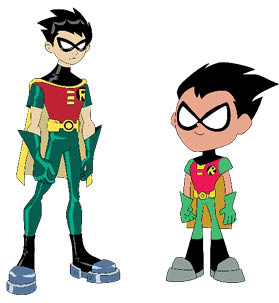 Wake up Hollywood, there is a huge wave of nostalgia is impacting everyone from directors to commentators on social media, I am a dedicated fan of honoring the classics and is not happy with the era of remakes.

Remakes are only good when made with time and effort, relevance and add enough nostalgia that doesn’t ruin the franchise.

After taking a deep dive into Netflix’s Adventures of Sabrina,The show turned out to be a polar opposite to Sabrina The Teenage Witch sitcom in the late 90s to 2000s.

I put my investigative goggles on and really tuned into the craze around  “The of Adventures of Sabrina”. A serious influx of all fads from many generations are in this series. The use of technology is almost hidden, making it harder to figure out what time period part 1 series is set in. It does make me examine the recurring theme that causes directors to collaborate with the past. Is this particular aesthetic forever embedded into film culture?

Yes, where do you think the desperate need for revamping every other show and movie came from.

So pretty much anyone with a Netflix account are obsessed with chokers and Nintendo, but if you unravel the steps of remakes, you’ll notice the excitement fans have towards their past favorite or an old family movie is due to the memories that ignite a past joy, especially for die-hard fans.

Movies and TV shows are remade to evoke a euphoric response from dedicated fans.

The driving goal are to incite people’s passions in order to get them sucked into the cool retro scene, all while major corporations bump up the original versions price .

I get it, the only way to excite people about spending their hard earned money is by engulfing the public with content they are for certain to be happy about in any form produced.

You may not have asked for a reboot of Teen Titans, let alone a live action version, but you will tune in to the first episode with opinions on which version remains on top and just to take and trip down memory lane, which ultimately gives remakes even more glory. Boom.

The entertainment industry has us all sucked into the hype in the most lazy way possible. There is no harm in recreating a classic but it would be nice to see something that hasn’t been thrifted for years. Have we ran out of original material to produce?

Elon Musk is creating a futuristic society while the biggest Christmas movie this year is just an animated version of “How the Grinch Stole Christmas”. Very original Universal Pictures.

I don’t need a reboot of Roseanne or Martin because those sitcoms contain humor that is long dead. I need more ‘meme’ humor and insane ideas worthy of a 100% from Rotten Tomatoes.

Whether you love some of these remakes or not, we all have to admit the TV and film industry have finally reached their saturation point.

Kian Hagerman Mesa Legend The philosophy of Bruce Lee, of learning as much as possible and assimilat
Read More
01/19/2016

Free gender expression is the future

Kathryn Yslas Mesa Legend Men can wear dresses too.  What we wear, what we do and how we act is not
Read More
10/14/2014

By: Joshua Bowling Does the federal government really have the final say in our affairs? Though they
Read More