The Arizona Department of Transportation (ADOT) has unveiled a new program which – upon completion – awards students with a driver’s license, without requiring written or road tests.  In the past, ADOT programs were in place for high school and private school students. Those who underwent the classes through the ADOT-certified high school or private school classes would receive their driver’s license upon completion.  Now, however, ADOT has partnered with private-sector driving schools to enact a similar program.

The program was enacted on Jan. 12, and has been in the works since November, according to Ryan Harding, a public information officer for ADOT.  “We wanted to offer another option for new drivers to get training … our top priority is safety,” Harding said.  Traditionally, one would go to the Motor Vehicle Department and take a written test for their driver’s permit and a road test for the driver’s license. A passing score on both would result in the issue of their license.

The idea behind this new program, Harding said, is to ensure safety and safe driving practices are taught to students.  “We want to encourage new drivers to get as much professional instruction as they can, if they choose to,” Harding said.  Not having to take a written or road test provides a good incentive, according to Harding, for students to successfully complete driving school.

Moving into the future, the question of the new program’s popularity arises. Will this become something that is used as mainstream as the traditional method of obtaining a license?  According to Harding, this program is not mandatory, and is only introduced as a new way for citizens to obtain their license.  The program’s popularity and merit remain to be seen.

Dobson High School, Red Mountain High School, and several other high schools in Mesa are participating in the existing high-school program, according to ADOT.  The new partnership with private-sector driving schools has extended to 50 schools statewide, Harding said. 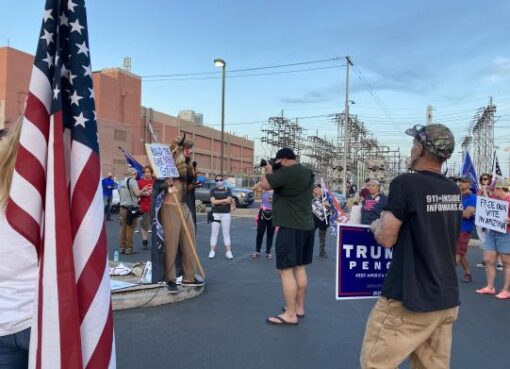 Allison Cripe Mesa Legend “Me and my classmates had a question,” a young girl nervously asks into a
Read More
03/21/2017