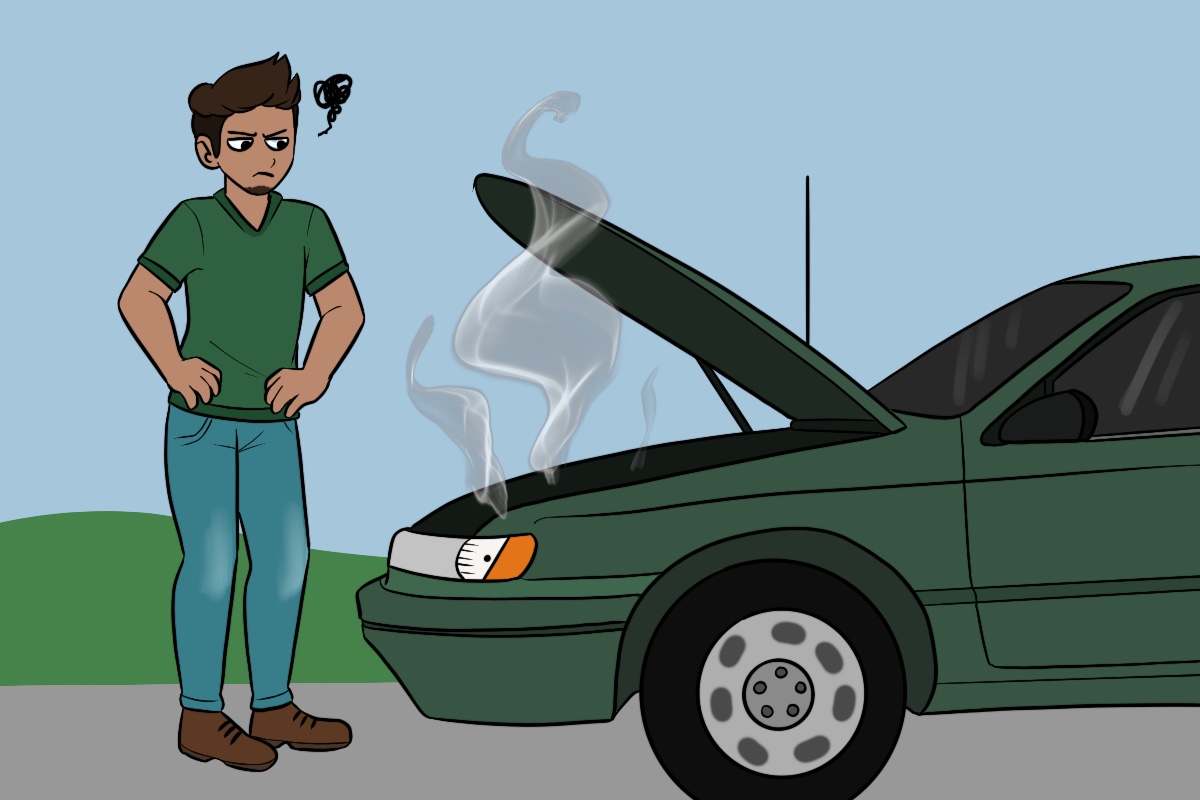 Our invisible burden is being forced to own a car. (Illustration by Casper Savoie)

You know what sucks about living in Mesa? Cars.

Don’t get me wrong, cars did help realize the American Dream, but that was back in the 1800s. Nowadays, in the central Arizona sprawl, cars are more like a curse than cure. It’s impossible to get anywhere without using one.

For those from a more ignorant or privileged position, you may posit that the cure to my problems is simply public transit. To that I say “bull.”

If you had the gall to believe that then you must never have ridden on Valley Metro. While it can be serviceable, particularly to the western portion of the Phoenix Metropolitan Area, it most certainly is not effective–nor even available when considering the suburban slums to the east.

Indeed, the farthest flung stop rests on the border of Baseline and Sossaman Roads. For anyone further, they just have to tough it out.

Inversely, you may postulate that biking is the cure. Oh, how I wish it was.

To do so in this sprawl is to attempt to be an everyday marathon runner. Sprinting miles upon miles just to get to a grocery store then back again.

So we’re simply stuck with cars and their burdens.

Of course, there’s the cost of gas. With the Department of Transportation saying the average commute coming to 23 minutes, the annual time driving adds up to 130+ hours. In conjunction, the AAA reports the average gas price in Mesa is $2.40, resulting in a foundational price around $2,000 or more per year to survive.

This also lacks consideration towards maintenance or even the cost of purchasing such said vehicles. Which, of course, only increases in cost as time passes. We also must remember that to be allowed to drive these cars, our elected overlords have decided we must pay for insurance. According to the Insurance Information Institute, the average Mesa car insurance comes out to around $800 per year.

In a terrible addition, the longer you drive, the more likely it is that some idiot hits you.  In Mesa, City-Data documents that we suffer around 70 fatal accidents per year.

Until we elect officials who actually care about these costs, driving will remain a burden we’re forced to bear.