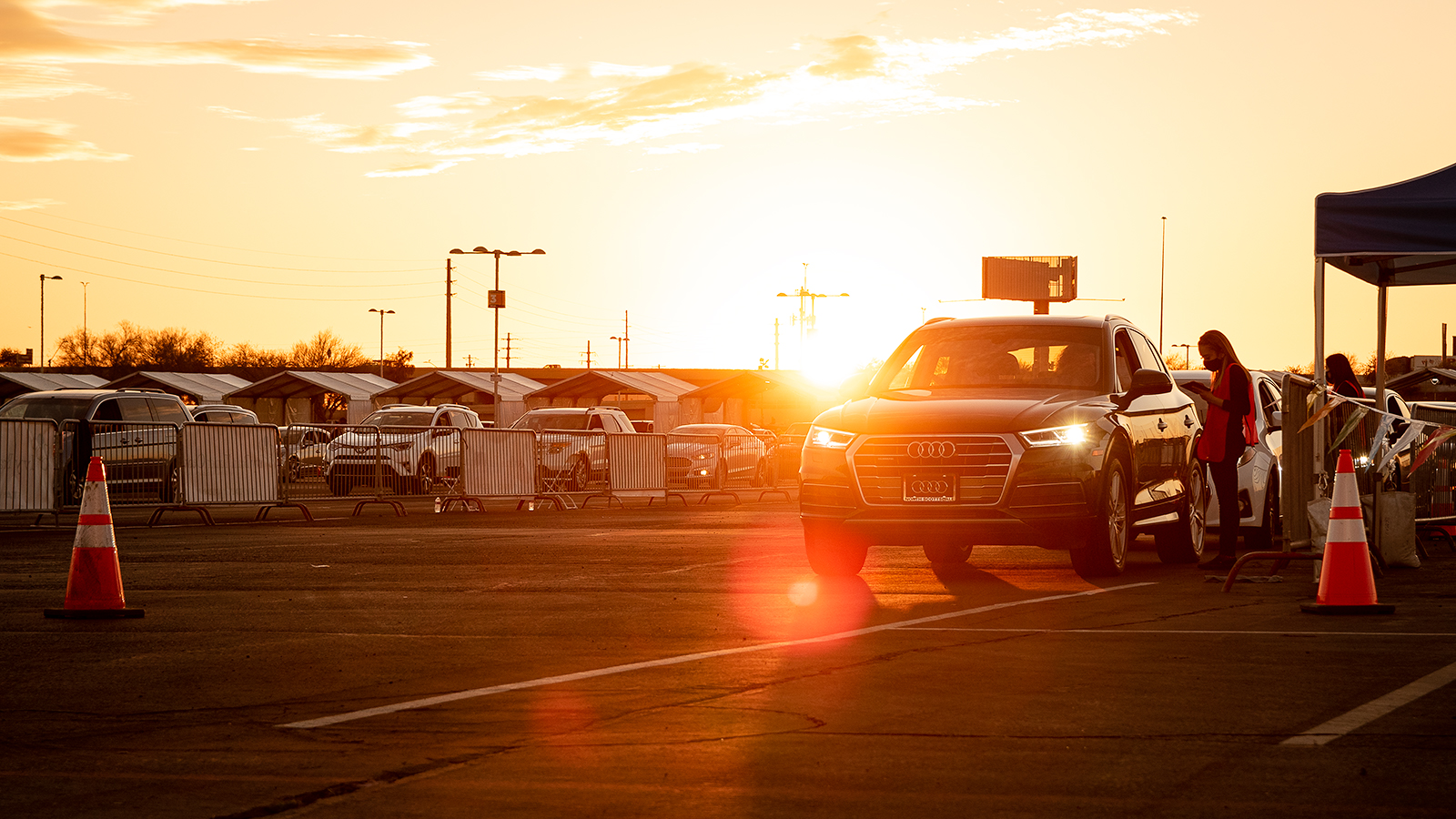 President Joe Biden’s newly appointed White House COVID-19 Response Team announced Jan. 27 that, in accordance with the administration’s new relief plan, a 16% increase will be made in the amount of vaccinations being sent to states across the nation.

However, Arizona could see less benefit from these initiatives according to Embry Health, which runs one of the state’s largest COVID-19 testing networks.

The Centers for Disease Control and Prevention reports Arizona has seen one of the highest rates of spread in the nation.

“Getting approval to distribute the vaccines has been a little hectic,” said Philip Shaefer, the director of marketing for Embry Health.  “We’ve experienced some situations where we will have a dozen sites that are approved to administer the vaccine, and then the next day there will be a glitch in some system and those sites will be denied.”

Schaefer said instances like these, combined with a lack of state funding and difficulty receiving already available vaccines at approved sites, has made shifting their testing network into a vaccination network incredibly difficult.

At a time when the Arizona Department of Health Services has announced there are no remaining appointments for February at their two largest vaccination sites, Embry Health has continued to struggle for approval.

“We have over 14,000 employees who are working day after day at these drive-through sites to get these folks in and get them tested. It’s already an established system. All we would have to do is transition over to vaccines,” Schaefer explained. “But it is proving difficult to make that happen.”

According to the state health department, Maricopa County, Arizona’s most populated county, has faced the brunt of the state’s COVID-19 cases. Out of the 775,622 currently reported, Maricopa County claims 483,775, or 62% of them. More importantly, the county has had 7,885 of the 13,948 deaths associated with the illness. Arizona has ranked last in COVID-19 response according to a meta-analysis of state response trends by WalletHub.

Currently, the state is in Phase 1B of vaccine distribution. That means, in addition to the healthcare personnel and long-term care facility personnel included in Phase 1A, staff within local police departments, schools, daycare workers and people 75 or older are all eligible for vaccination. After these communities have been assisted, other essential but unprioritized community members such as postal workers and transit workers may schedule their appointment.

“The mentioned 14-16% increase is expected next week,” wrote the Arizona Department of Health’s communications director, Steve Elliott, when asked about the administration’s supply increase. “Like other allocations from the federal government, it will be allocated proportionally within the state according to estimated populations in each county’s current phase of vaccine distribution.”

The state health department has stated all questions about non-state vaccinations sites must be directed towards Maricopa County.

In addition to increasing the supply of available vaccines to states, Biden’s new administration has promised to eliminate out-of-pocket costs for the vaccine, to remove structural barriers to vaccination in underserved communities, and to increasing support for major vaccination venues across national lines.

When asked about whether or not these pushes will be enough to help Arizona, Schaefer replied with a degree of skepticism.

“I’m optimistic, but based on past experiences, we would need to see a big change.”

Corrected on Feb. 11: This article was updated to better identify Steve Elliot.

Corrected on Feb. 17: A previous version of this article incorrectly attributed Embry Health as a subset of Embry Womens Health.