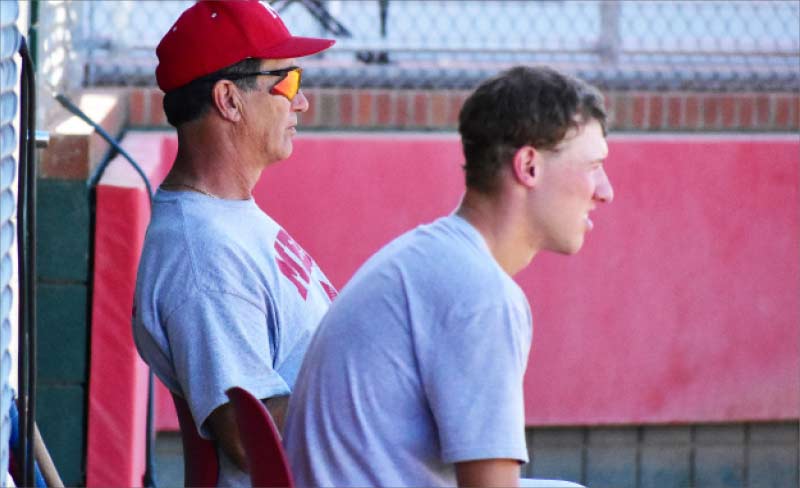 Mesa Community College Baseball is looming on the horizon. Coach Tony Cirelli will be entering his 24 season at the helm of Thunderbirds baseball. The Thunderbirds will be looking to remain in the top of the division. They finished in second place for the 2017 season and headed to the Arizona Community College Athletic Conference (ACCAC) Playoffs where they would finish regional runners-up.

Community College, and Eastern Arizona College.  Mesa baseball had walk-on tryouts before the beginning of the semester, Aug. 5, 2017.  The Fall season is to get the team ready for the regular season. Spring semester is when the players hit the diamond.  The Fall semester is when Coach Cirelli evaluates the players he has deemed to be fit to make it on to this part of the team. He will use the 19 games the men play to set the final roster for the season.

Cirelli said, “We’re just kinda grinding it out trying to keep people in different settings there, give them opportunities, so we still got to make decisions about that.” The scrimmages occurring during Fall semester are refereed by a coach, who stands behind the pitcher. It is like a normal game, except, no uniforms and without the umpires to call the games. The regular season the men will play 59 games, 36 of which will be conference games.

There will be some returning players to the team. The Bernhardt twins will be back on the mound. Coach Cirelli said, “They really pitched well at the All-Star game.” The JUCO All-Star game was held over at Peoria Sports Complex, Friday, Oct. 13, 2017, spring training home of the Seattle Mariners and San Diego Padres. Several players have signed contracts with other universities and moved on from the college. A final roster is in the works and will be available towards the end of the semester or at the beginning of the spring semester.

Kian Hagerman Mesa Legend So far this season, MCC men’s basketball has had mixed success against the
Read More
03/04/2018