‘Batman vs. Superman’ proves DC is their own worst enemy

For a superhero, their identity is everything.  They often have two, a carefully crafted persona to fight crime and inspire the people (that often includes a colorful costume) and secret identity, arguably who they “really are” , that allows them to be with their loved ones and the comforting facade of a normal life. From Bruce Wayne to Clark Kent, many a superhero has had to battle with both sides of themselves, the two identities always in a constant struggle within them.  DC’s film universe, however, seems to be struggling with about five different identities, and never was it more apparent than in their latest film, “Batman vs. Superman: Dawn of Justice”
The film was enjoyable. 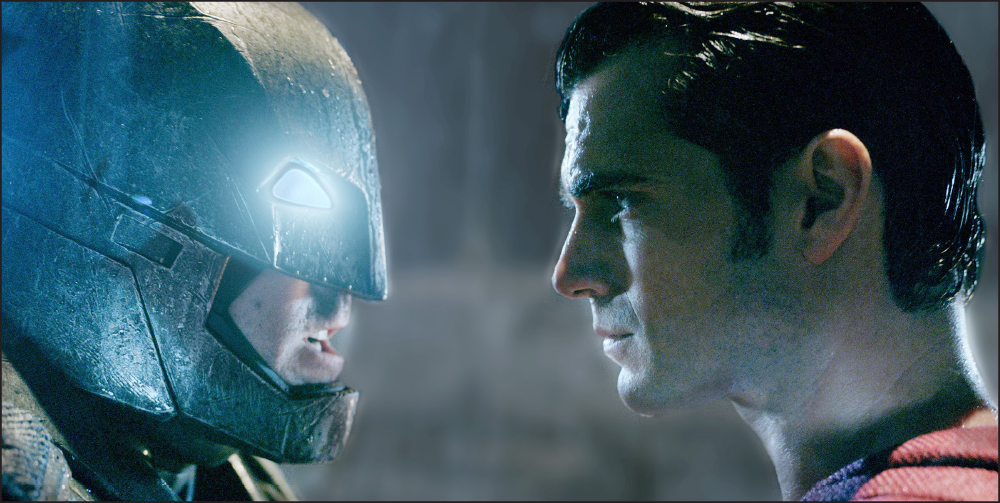 Ben Affleck’s Batman was the best in years, Superman was actually compelling and Jeremy Irons was a charming, witty Alfred, the latest installment in DC’s film universe fell victim to the studio’s ongoing identity crisis  During the advent of the Chris Nolan Batman films, DC attempted to cement its identity as the studio that produced dark, brooding, superhero movies that were grounded with realism.  However, as their arch-nemesis Marvel claimed box office success light-hearted hits like “Guardians of the Galaxy” and the “Avengers,” DC quickly hung up their black capes and tales of corporate greed in favor of more…punching.

“Batman vs. Superman” desperately attempts to marry dumb fun of the Avengers, with the gritty tone and pseudo-philosophical reflections on good and evil from the Nolan films. The result, however, is an unholy union with all the humor of a preacher, making a joke in the middle of a sermon that has gone on far too long.  Forced laughter amongt fiery images of hell. DC then attempts to use this one film to extablish an entire comic book universe, once again attempting to follow in Marvel’s footsteps.  Whereas Marvel has spanned a decade of films to establish their mythos, DC’s hasty reveal of Wonder Woman and brief cameos by Aquaman, the Flash and Cyborg are not enough to establish a universe.Unfortunately, DC will continue to follow the trends in their upcoming films.  However, before their heroes can save anyone, DC must save itself.