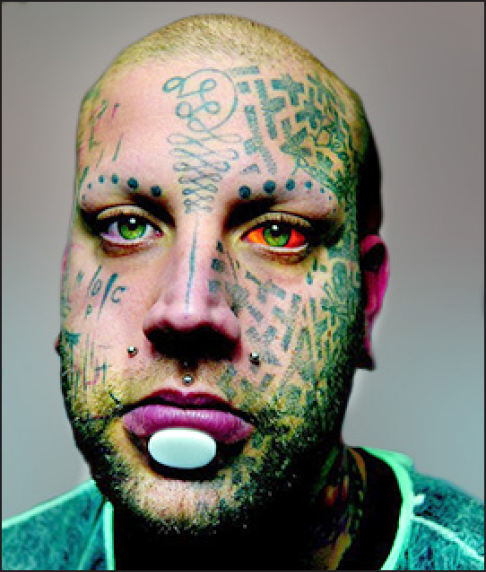 In today’s society, tattoos are becoming a more common practice of self-expression than in past generations. However, in the corporate world, tattoos are still seen as something that only delinquents have.  The workplace is becoming more lenient on small tattoos, but for those with large and very visible tattoos, most major corporations do not allow employees to display them while on their time.  More and more companies are understanding that it is becoming common for people of the younger generation to have large and visible tattoos, such as full sleeves, neck, and hand tattoos.

To accommodate the new wave of employees, companies started allowing tattoos in the work place if the employees wear long sleeves. If the tattoos cannot be covered by a long sleeve shirt, the major corporations won’t hire that person. Joel Foote, a tattoo model, said that the thing that people who are considering getting a large amount of visible tattoos need to realize is that if “they look like a thug, they have a lesser chance of getting hired.” Foote has more than his fair share of tattoos, including his entire face and neck.  When asked about his employment history, he stated that he was in the armed forces and an Iraq war veteran, and when he got out he started tattooing his face so he couldn’t be reenlisted.

He said that after the Army, he went into call centers and jobs where he didn’t have face-to-face contact with people because of his appearance. “As tattooed people, we have to realize that we will be looked down on and seen as bad people, we make the choice to look this way and therefore we need to accept the consequences.” said Foote. Blue collar jobs, however, have never really cared about visible tattoos. In industrial work, there is rarely contact with the general public, so image does not really matter. With any luck, in the next 20 years, there should be complete and total acceptance of body modifications in the workplace.

Mesa Community College is host to an exhibition featuring renowned photographer Richard Renaldi, began in late January. The initial MCC showing was attended by Renaldi himself, who also taught a works
Read More

Kian Hagerman Mesa Legend Zion. T released “OO” on Feb. 1, a fusion of soul singing and spoken rhyme that is that artist’s followup to “Red Light” which was released in 2013. An international tour of
Read More

Andrew Sandoval Mesa Legend Video games, a dominating force in the culture of entertainment. The constant buzz around new titles about to come out or old ones that are going to be remade, makes up a l
Read More