The man with no fear, known to Marvel readers as Daredevil, made his Netflix debut on April 10.  Matthew Murdock, a recently-graduated law student, and his associate Foggy Nelson begin the show by opening their new law firm in Hell’s Kitchen, N.Y. Before Murdock becomes Daredevil, he appears to be nothing more than a lawyer, even if he is blind. At night, though, he dons an all-black outfit and becomes a masked vigilante consumed with keeping his city safe.  Murdock, viewers learn, lost his sight as a child in an accident. Pushing a passer-by out of the way of a car, a young Murdock was instead hit by it. As he lay in the street, he looks over and sees oil drums nearby leaking, with the gasoline steadily trickling into his eyes.  From that point on, Murdock’s father, Jack, took care of him as a single father. Jack Murdock made his living as a boxer in Hell’s Kitchen, albeit an unsuccessful one. While he was busy in the ring, young Matthew was busying himself by learning how to read braille.Many casual comic book fans may know Daredevil from his brief cartoon and comic book crossovers with Spider-Man and other New York superheroes. These crossovers are usually intended for a young audience and are not akin to Daredevil’s new series.

Similar in tone to The CW’s “Arrow,” yet more macabre, “Daredevil” earned its TV-MA rating. Blood and gore, along with strong profanities, are all present in the new series. Plots revolving around human trafficking and gang violence pepper the show, making it much different than the youthful cartoons with which some viewers are more acquainted. Every hero needs a villain, and Wilson Fisk – better known to avid comic book readers as Kingpin – becomes the main villain for the show’s first season.  Though Kingpin was usually portrayed in comics and cartoons as a misshapen, gargantuan crime boss with no emotion, “Daredevil” shows the character in a new light.  Fisk shows somewhat of a human side, along with a brutal side, all throughout the first season. Fisk’s crime operation which involves drugs, human trafficking, and the like, is starkly contrasted by his delicate love for art and the finer things in life.

The series makes interesting use of inventive cinematography during pulse-pounding fight scenes. The fighting usually starts in one frame, and then the violence becomes implied as it spills into another room, leaving the fight to the viewer’s imagination, until Murdock delivers the finishing blows.  As with every superhero, secret identities never remain totally secret, leaving Murdock to band together with allies. Though his best friend, Nelson, and their secretary, Karen Paige, are oblivious to his identity, he befriends a doctor by the name of Claire Temple, who aids him on his crusade.  Viewers also learn of Murdock’s origin as the masked vigilante when his mentor, Stick – played by Scott Glenn, comes back to Hell’s Kitchen to see how his protege is getting by.  The two find themselves in the archetypal student-versus-apprentice feud, though not before Stick gives Murdock two batons to use in his quest. The batons are known in comic book lore to be Daredevil’s weapon of choice.

Though “Daredevil” is a Netflix original, it contains cable-quality production values, as well as superb writing. The plot is not for the faint of heart, but is thrilling and full of twists every episode.  The entire first season is available for streaming on Netflix, which has not yet announced a second season. 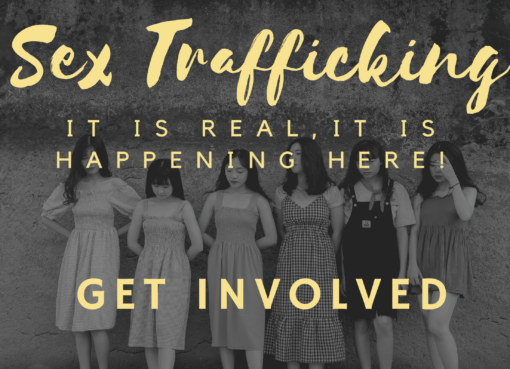 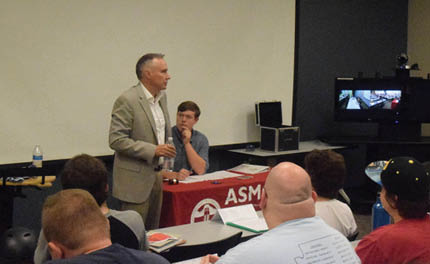 Dr. Richard Haney was named the new President of Mesa Community College in July and met with student
Read More