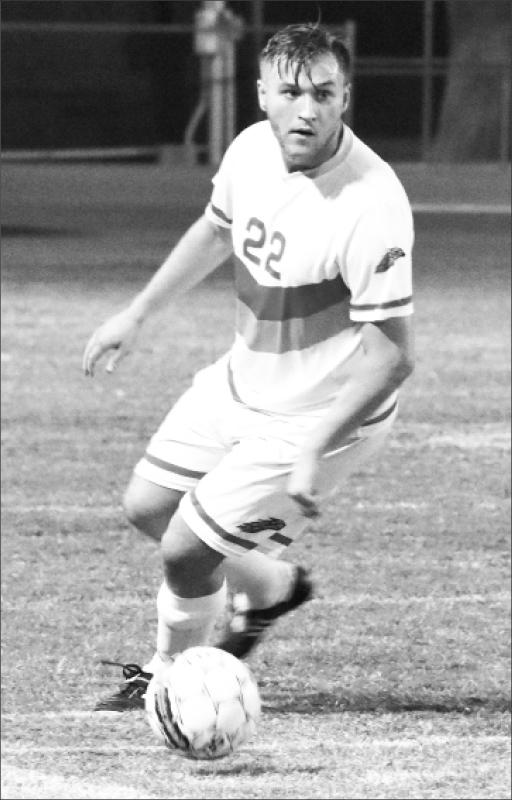 The Women lost to Paradise Valley Community College (PVCC) for both games of the season, as well. They did walk away with a tie against Arizona Western, something the men could not accomplish. The men were able to be victorious for the season against PVCC. One game for the men took double-overtime to complete the victory against PVCC.  MCC Soccer was banged and bruised through the whole season. The women started the season short of players, due to injury and other disqualifications, so they weren’t able to do their two-a-day practices. It showed throughout the season.

The women would start the games out great and then about midway through the second half, they would peter out.  The men had the same stamina issues. They would run like gazelles in the first half, and then the second half would come and the gas light would come on. The pitch at John D. Riggs Stadium will not have the teams battling competitors until next season.

Kian Hagerman Mesa Legend September has been a month of ups and downs for the MCC men’s soccer team,
Read More