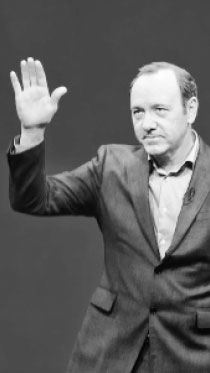 It is practically impossible to escape these days, you turn to the news and see that one of your favorite movie stars or musicians have been embroiled in controversy. It feels like you don’t look at the news for 45 minutes, and you find out that a person you have been following as a fan has been caught in a firestorm of allegations, accusations, and arrests. To me, it’s definitely strange to have to deal with this onslaught of people being knocked down a peg or two (or 10), and it feels like it’s happening at a faster rate than ever. An example of this kind of career-ending controversy is Kevin Spacey, an actor known for being in the Netflix series “House of Cards” and many films, was accused last year of making sexual advances at a then-14-year-old Anthony Rapp, with over a dozen other allegations of sexual assault by men who were teenagers or underage at the time following soon after.

These actions are horrible, and it would completely invalidate the persona that he had been building on television and in cinema for decades. But if his personality is invalidated, does that mean the feelings people had when watching his show are now invalid too? Do the actions of bad people make it wrong to take in the media they produced?  I don’t think so. While there are cases where I personally refused to listen to or watch content by people who I believed made such an egregious error that I felt gross for consuming it, I don’t think that has to apply to everyone. It’s understandable, obviously, that a Kevin Spacey movie marathon won’t be popping up on HBO anytime soon, or that someone would feel uncomfortable watching “Louie” for a little while..
But what if someone’s favorite movie is “Pulp Fiction”, a movie produced by Harvey Weinstein?

I don’t think that a person should feel ashamed for the actions of someone they never met, someone they never knew. Do the actions of the executive producer, which are noted as being awful, make the writing go bad? Is Samuel L. Jackson’s performance as Jules now all of a sudden not awesome? No. The fact is, most of these pieces of entertainment are made as a team effort and aren’t just made by the worst of their lot. Different people have different tasks within the making of movies, TV Shows, music, et cetera. The influence of someone like Harvey Weinstein may feel huge, with his company being in the opening of the film and his name in the credits, he seems unavoidable.  But then you realize, if you look at each person involved in the making of the film, his influence was way smaller than Travolta’s or Tarantino’s.

Another example in something other than media is the Livestrong Foundation, a once-successful foundation started by the now-disgraced professional cyclist and cancer survivor Lance Armstrong. After Armstrong had been caught using drugs in order to win the Tour De France, his public image crashed, and the Livestrong foundation, while still around and no longer headed by Armstrong, has been losing significant amounts of money ever since. The goals of the foundation, to provide care for people who have cancer, have very little to do with the actions by Lance Armstrong in his cycling career, and have even less to do with him now that he has departed from the company. But despite that, the foundation has still been affected by the scandal, and probably will never get to the point of success where it was before because of it.

Do the actions of one man, actions that had no effect on the foundation’s goals or message, have to take down this foundation just due to his involvement? Unfortunately, controversies can destroy careers, organizations, and even lives in some cases, but I believe that we shouldn’t let it get to the point where we can no longer enjoy things that we love.  We shouldn’t let it get to a point where people stop getting the help they need due to one person’s mistakes. While people have varying opinions on what support entails, I don’t think it’s wrong to continue supporting things started by or formerly involving people who did bad things, as the work of those around them are what make things good, not just them. 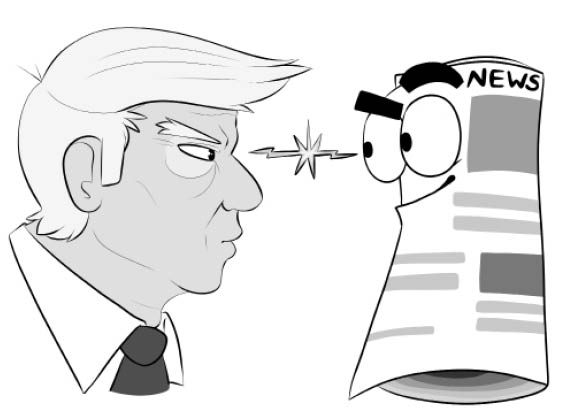 President Trump should not continue to blast the media about “fake news”. As a student of journalism
Read More
03/03/2015

Love yourself: Myth of popular advice We have all heard it said or even given the advice ourselves,
Read More
09/14/2015