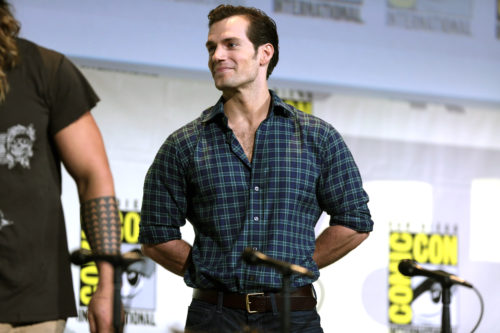 Given the flurry of superhero films and the absolute deluge of similar content in all other forms of media in recent years, it has become popular to hate the genre of entertainment. The oversaturation of caped crusaders these days is undeniable, but there is a good reason for it; people want more, and studios are happy to deliver. Those who dismiss superheroes deny their place in society, a modern mythos created for modern people that address issues relevant to people today. They embody an impossible, ideal standard which we can try to achieve, and yet still become better even as we fail to do so.

Comic books were on a serious decline before the Spider-man films that starred Tobey Maguire made being a fan of web-slinging antics mainstream again. Now the industry has seen a serious resurgence, and the innumerable hobby shops around the country that specialized in selling comic books need not fear that a waning audience is the cause of their business’ closure.
In years past, comic books sought to strengthen the bonds of community, encouraging patriotism with comics like Captain America, who fought against Nazis bravely issue after issue. The stars of many comics, superheroes were larger than life, and though often powerful beyond imagining, sought to teach that might alone do not make right.

Supremacy through violence and aggression is the antithesis of a true superhero, who often would do only what they thought was necessary to prevent disasters and the carnage inflicted by that issue’s foil. One well-known comic that is a great example of these points are the stories that were printed in a crossover between the DC superheroes Green Arrow and Green Lantern.
The issues addressed topics like addiction, racism, and poverty in ways that highlighted how those that suffer are still people, regardless of how they might be perceived by others.

Superman is often referred to as a “Boy Scout” by Batman, because of the way their methods of fighting crime differ. Batman also has morals, however, and although some authors have chosen to have Batman cross the line of his established ethics, he is still known as a hero that will not kill his adversaries regardless of how depraved their crimes may be. This sort of figure is just as necessary now as he has ever been when discussions of whether laws can be enforced with fewer cases of fatal incidents are ongoing around the nation. They show us that we can be better than we are; they are characters we can imagine and are thus role models that we can compare ourselves to in our daily lives. Strive to be more like a favorite hero in life, and see just how much better the world can be by our presence.

Authenticity in a sea of conformity What does it mean to be authentic? The word represents originali
Read More

Vigil for victims of anti-transgender violence

Stop freaking out over Halloween candy

The cautious view Halloween as a night of crime, delinquency, and mischief. This has further been fu
Read More