Large sections of the parking lot on the south side of campus will be fenced off beginning on Jan. 14 to prepare for the installation of solar panels. The solar panels will be mounted on top of carports and will cover over 900 parking spots in lots F, G, and H, south of the children’s center, theatre, and art buildings. According to MCC facilities director Richard Cluff, the project will take approximately two to three months to complete, ending in late April, during which time parking in the lots will be unavailable.

“We realize it’s going to cause issues,” Cluff said. “But we feel there’s plenty of parking. “It’s a minor inconvenience, but it’s going to be one of the more popular places to park on campus once those panels go up,” Cluff added. The panels were approved in Dec. 2014 as part of the Maricopa County Community College District’s commitment to renewable energy. In addition to providing shaded parking spots, the panels will generate an estimated 2045 kW of electricity – equivalent to 24 percent of MCC’s total energy use.

“Almost the whole south side of campus will be taken care of by these panels,” Cluff said. Because MCC will own the rights to the energy produced, any additional unused power can be sold back to Solar City, the project’s contractor, for 6.5 cents per kilowatt. Cluff also noted the possibility of the panels fostering academic interest in solar energy technology at MCC. “People are able to go on this website to see, in real time, what’s happening with these solar panels,” he said.

Cluff also noted that, although he has not heard of plans for classes in solar technology at MCC, the project’s contractor has expressed enthusiasm for such efforts. “Solar City really wants to work with the campus and the students – if they want to go out and touch it, feel it, get to know it – they will make opportunities for people to do that,” he said. Overall, Cluff feels optimistic about the project, as well as the future of other initiatives on campus. “It’s going to change the landscape of this campus. I’m looking forward to it, I really am,” he said.

“It’s just been amazing to watch this campus grow and improve and change,” he added. As for whether the District will charge for the luxury of covered parking, Cluff said he had not heard of any measures. “It’s going to be first come, first serve,” he said, chuckling. “Enjoy it.” 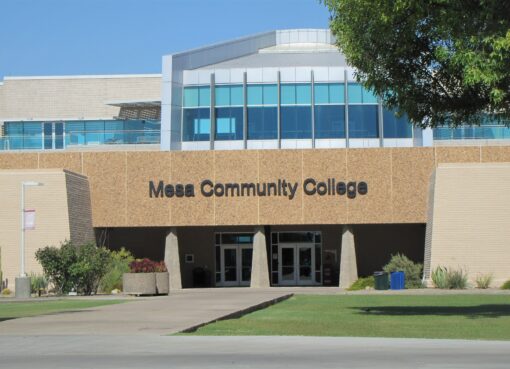 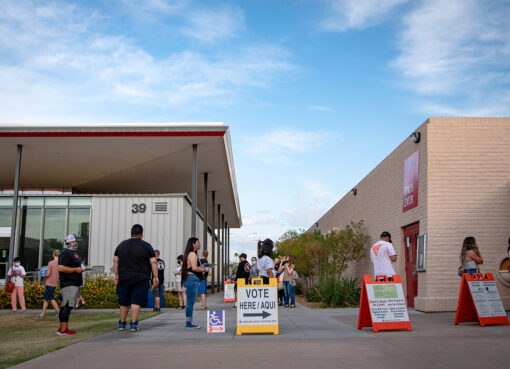 Even after a long, hot day, voters flocked to the polls to vote in the 2020 general election.
Read More