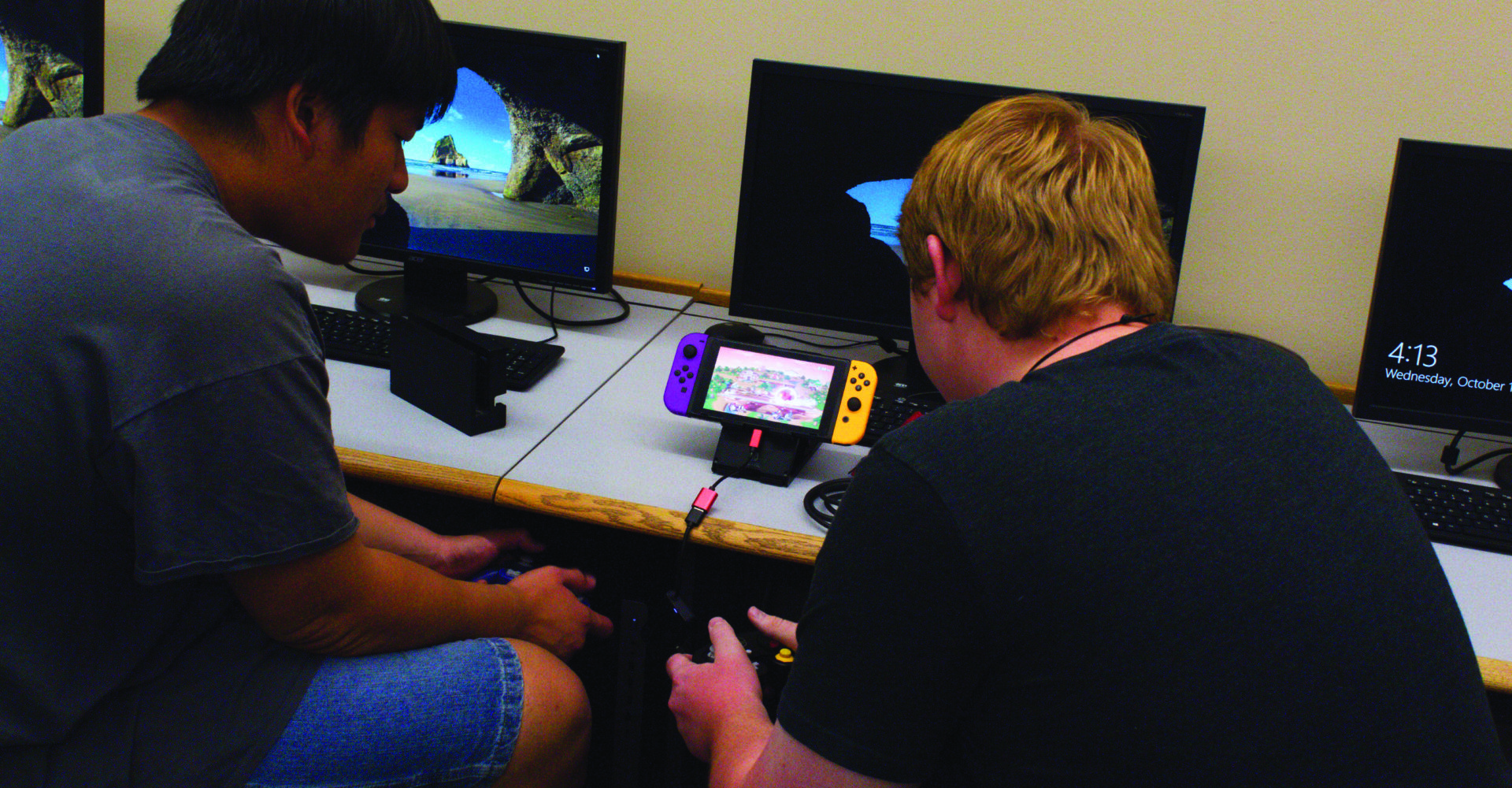 Last semester, the Esports Club operated as a Super Smash Bros. Ultimate club looking or an advisor. President Hervy Marquez began the club with games in the Student Center. Friends gathered around a console and competed against one another, but Marquez hopes to develop that into something more.

“The esports started as, you know, just a bunch of guys playing Smash Brothers in the cafeteria or whatever,” club member Darrell Whipple said.

A year later, it encompasses all of esports, has two advisors, and plans to host and participate in competitions, though it is still in its infancy.

“Daily basis, we just play video games. We just hang out over in the Student Center,” Marquez said. “…But, I feel like once we actually start getting into tournaments, people are going to be a lot more interested in, like, ‘Wow, this is actually a thing. We’re actually an esports thing now.’” Burton Borlongan, an MCC CIS professor and Esports Club advisor, said several faculty were also interested in building an esports program at the college. “Esports club could be a way to draw potential students to MCC, and it’s also another avenue for socializing.”

The club is already planning several competitions, including some with SAK Gaming, a grassroots competitive gaming event planner. It will be hosting SAK Gaming’s first National Ultimate Arcadian The Climb event on Nov. 9 all day in the Navajo Room on Southern and Dobson campus. According to Whipple, over 300 people are expected to attend the Super Smash Bros. Ultimate event.

The club and SAK Gaming are also hosting a high school tournament in the Navajo Room on Nov. 16 with 60-80 expected to attend. Marquez invites anyone who wants to become involved with esports to become a member.

“If you are enrolled at MCC, you’re definitely welcome to start playing with us. Maybe you don’t even have to be a, like, pro. If you just want to be a member of the team, you’re free to try out,” he said. “Even if you just like playing video games, just, like, hang around and enjoy the atmosphere.”

The club has two tiers, explained Borlongan. Any MCC student can join, but for those who want to try out for the second tier and join the team, they must be enrolled full time and maintain a 2.0 GPA.

As esports continues to rapidly expand in popularity internationally and domestically, so, too, is it gaining popularity at the collegiate level. MCC is the second Maricopa Community College to have an esports club. Chandler-Gilbert Community College’s esports club has over 300 members in its second year. More people are beginning to look to esports not only for their love of video games, but for community, competitions, and even professional careers.

“I think the fact that other communities, especially, like, schools here in Arizona, are taking it rather seriously,” club member Devin Hill said, “…it’s good that people are, like, seeing it. Like, what games can become.” Esports at MCC can also be a window for people who don’t know how to play competitively, explained Whipple. “…If we’re able to get it large enough, we can actually start getting scholarships for those who can rank high enough. And for those who really enjoy the game, you know, it can be a great avenue for them to do what they like and get further.” For Hill, local esports tournaments are not only an opportunity to gain experience and learn how they function. “…If there’s a lot of people I get nervous. But I’m hoping that with that type of–with…being able to be around so many people, I can hopefully quell that… and be able to have still, like, a mindset where I can just focus on what I’m doing.” But at its most basic, hanging around and enjoying video games is what started the club in the first place, and members are excited for esports at MCC. “I don’t know if there’s any one specific part [I like]. I just think it’s awesome to be able to have this club with a bunch of friends,” Whipple said.

The club has high hopes for what the future may bring, whether it’s scholarships, new games like Fortnite, Rocket League, and Overwatch and even a potential studio. “More everything, to be honest,” Marquez said. “…Just more tournaments, more games, more everything.” Catch the Esports Club in the Student Center playing Super Smash Bros. Ultimate, or attend a meeting in room BA 6W at 3 p.m. on Wednesdays.