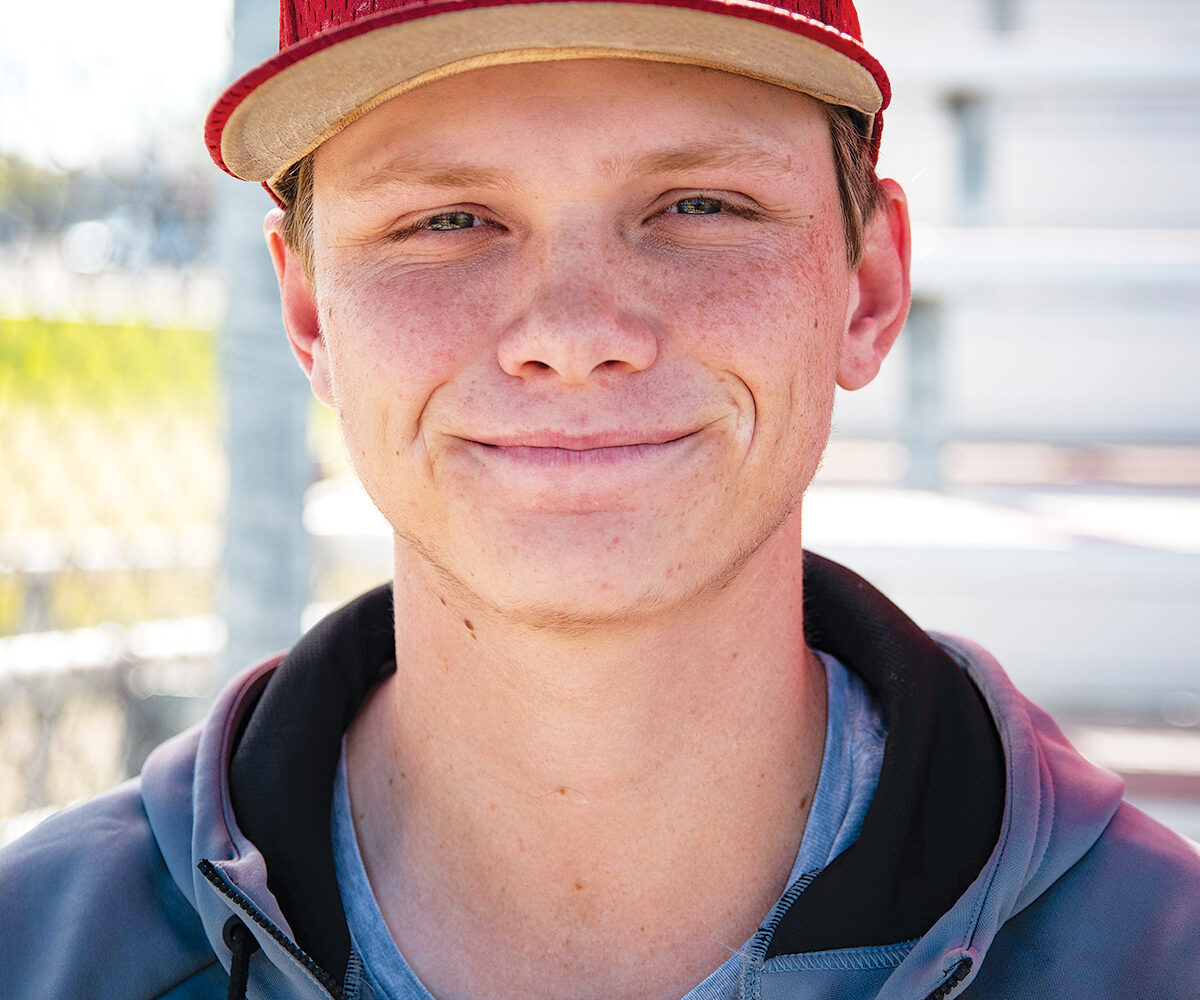 Cody Tucker can play an assortment of instruments, grew up a basketball fan, and had no intention of going to college. Despite this, he finds himself as the leader on the Mesa Community College (MCC) Men’s Baseball team.

The sophomore pitcher is returning to the team after a breakout freshman season where he was one of the first-year standouts. Among a pitching rotation of talented sophomores, Tucker made a name for himself, even pitching  in the 2019 NJCAA Division II Baseball World Series.

“It’s been a really humbling experience to help people come up through the program, to be kind of that leader that has had the experience and can kind of show them the ropes a little bit,” Tucker said. “…It’s enjoyable, and one of my favorite parts of playing this year.”

Heading into the 2020 spring season, the T-Birds inherit a healthy amount of young players. Out of the 13 pitchers returning, eight are freshmen. While the coaches and other players are readily available to help these new faces, Tucker has been their true source.

MCC pitching coach Zeke Zimmerman is a wealth of baseball knowledge. Formerly part of the Los Angeles Angels organization, he has also been a Thunderbirds coach since 1980. Despite this, Tucker’s leadership had led many young players to seek Tuckers advice on their breaking balls, changeups, breathing, and poise.

“I think he makes everyone around him feel comfortable and their confident in his expertise and he’s easy to talk to,” Zimmerman said.

The 20-year-old pitcher’s skills have complemented his leadership ability. Last year, Tucker put up a 4-2 record with one save and had the fourth highest strikeout total on the team with 55.

“He was fortunate to have some really good pitchers around him that were older that went about their business correctly, and he kind of learned from them,” Zimmerman said.

One player that took Tucker under his wing was Carter Robinson. Robinson currently plays at the University of Louisiana at Lafayette, but during his time at MCC, he became of the star pitchers. In his final season, Robinson walked away with a plethora of awards.

“He helped me with every aspect of my game, like the mental aspect, the physical aspect,” Tucker said. “He taught me a lot. Learned probably more from him then I did anybody else.”

Despite an overall terrific season from Tucker, it wasn’t without it’s ups and downs. Tucker hit a funk midway through the season and lost his role on the team. With the help of coach Zimmerman, he faced changing his game mentality.

“Once I let all outside things go and just focus on myself and my game, then it got a lot better,” Tucker said.

Those slopes of success and failure  gave the right-handed pitcher knowledge to pass down to young players, similar to how Robinson helped him.

“It’s awesome if I’m able to help somebody or have someone look up to me like that,  then that would be amazing and I would love that,” Tucker said. “That just means I’m doing the things that I’m supposed to be doing and that I’m doing it right…”

Tucker’s role as a leader and positive person on the team extends just beyond the freshman. Sophomore Zach Wagner was one of two catchers last season and saw plenty of games alongside Tucker.

“I love Cody. He’s one of my favorite pitchers on the team, and I love catching him,” Wagner said.

As Tucker sets in for his second year on the mound, it is possible that this may never have even occurred. His father was a basketball player, and his mother played volleyball. It wasn’t until he was ten years old that he played baseball and fell in love with pitching.

Tucker admits he wasn’t that successful on the Mesa High School baseball team. Tucker, a member of the Church of Latter Day Saints, returned from his mission and worked for an HVAC company. His plan was to move up in that career—until he saw an advertisement for try-outs on the baseball team.

“I think it is unreal. I feel super blessed; like, it’s ridiculous that it happened that way, and I feel super lucky that it worked out that way,” Tucker said.

Tucker’s future looks bright; he has already signed with the California  State University Bakersfield, where he will continue his baseball career and his major in Psychology.

Tucker began his second year as the opening day starting pitcher for the T-birds, where he struck out six of the nine batters he faced. He helped lead the T-birds a season opening win by allowing zero hits through three innings.