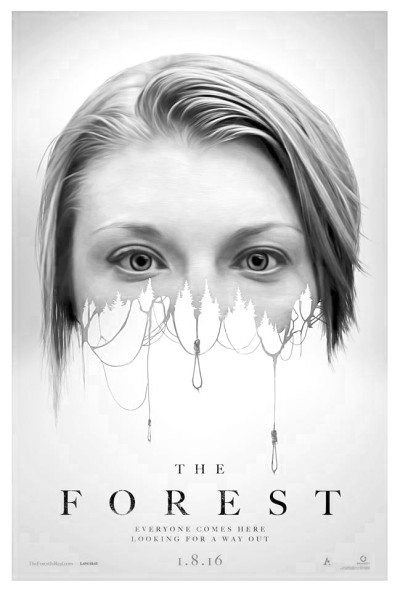 Hollywood is notorious for twisting stories about real events to make them more entertaining for viewers.  However they’ve gone too far with the recently released movie, “The Forest” starring Natalie Dormer.  The film is very loosely based around Aokigahara, also known as the Suicide Forest, located at the base of Mount Fiji in Japan.  Deaths in Aokigahara date back as early as the nineteenth century, most of which weren’t suicides.

Many families would bring their elderly or other family members to the forest and leave them to die, either due to lack of food or sickness.  Later, Aokigahara became a place to commit suicide, giving it the nickname of Suicide Forest.

It grew in popularity in 1960 after the publication of “Kuroi Jukai”, a romance novel glorifying the forest as “the perfect place to die” and then in the “Complete Manual for Suicide,”, published in1993. Before the release of “The Forest,” Aokigahara already had a reputation among tourists of being a historical and mysterious place to explore where thousands of people chose to end their lives. But contrary to popular belief, many people still attempt to commit suicide, making it the second most popular place in the world to commit suicide.  At the entrance of Aokigahara, there are signs for those who are suicidal.  They encourage them to think twice about their decision and also list a suicide hotline number to call.

For those who don’t change their minds, they become another horrific statistic.  While numbers vary from year to year, the annual average of recent completed suicides is 100.  But since the forest is roughly 14 miles in size, it’s impossible to get a truly accurate death count.  Although they have started to develop suicide hotlines, Japan still ranks the 17th highest country for suicides.  The reasons for suicide varies, but the most common are mental health, family issues, or being out of work.  Besides being blatantly disrespectful towards those who have been impacted by Aokigahara, another major problem with this movie is white-washing.

It’s decision to have a majority white cast, when people of color could easily be included.
In this case, a majoriity white cast doesn’t make sense, since the movie is about Aokigahara, which is located in Japan.  The lead role is played by Natalie Dormer, a woman in search of her twin sister who’s traveled to Aokigahara. Then she is  accompanied, coincidentally, by a white man who can guide her through the Suicide Forest.  Meanwhile, the few East Asian characters play a far lesser role. Their purpose is to warn them about the dangers of the forest.

Instead of saving itself by being educational about Aokigahara, the movie ends with a typical horror movie ending.  In the end, this film proves that it’s not only offensive, but that non-white cultures are only acknowledged for entertainment purpose, particularly when Hollywood runs out of ideas of their own. This leads to the disrespect of other cultures.  As far as horror movies go, this an extreme disappointment.  Hopefully future horror movies later this year will not resort to ripping apart cultures in attempt to entertain audiences.

By: Julija Kaselyte Humans of New York is a blog created and run by photographer Brandon Stanton. He
Read More
11/11/2017

Ride is worth the fare