The MCC women’s basketball team was looking to avenge their loss to Scottsdale earlier in the season when they played a home game on Jan. 23, in the Theo Heap Gym. Both teams are a part of NJCAA’s Division II Region I, and may face each other towards the end of the season in the division playoffs. The first quarter opened with a goal made off a jump shot by Kaelin Shaffer of Scottsdale, that Mesa replied to with a jump shot of their own made by Janessa Aukward. Two more jump shots, both by Destinee Wright gave the Lady T-birds an early lead. With 4:47 in the quarter Cherokee Davis of Scottsdale made a 3-point jump shot that made the game close once more, the score now at 7-8 and Mesa with the tenuous advantage. Another 3-pointer by Kayla Quintana, now gave Scottsdale the lead, though it was followed by a layup made by Sham Troupe that tied the game, 2:56 on the clock.

The teams would trade initiative for the remainder of time, though Briana Clah ended the quarter with two free throws that gave the Lady T-Birds another slight edge, the score at 12-14. The scoring output of both teams nearly doubled in the second quarter, with both teams make about 20 points each. Though this was the case, the game remained fairly close until the midway point of the game was reached. The first opportunity that Scottsdale had to equalize the scoreboard, Mesa was able to once more pull ahead. This was not the case the next time the score became tied in the second quarter. Jenna Sandbloom made a layup that marked the second time that Scottsdale would be ahead in points, the first being the initial goal made to open the game. 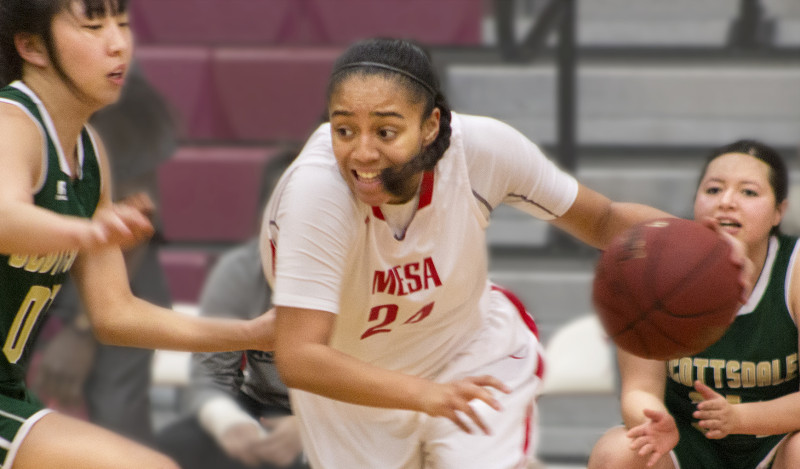 They were able to maintain this lead over MCC to end the quarter 33-30, the last goal made with 10 seconds left on the clock by Robyn Antone of Scottsdale. The first minute of the third quarter saw action on both sides of the court, although no successful goals were made until Clah completed a jump shot. Two free throws by Wright after a foul by Antone meant that Mesa was once again ahead in points, though only barely so with 34 points to Artichokes’ 33.The rest of the third quarter was fairly close throughout, and the pace of scoring had slowed down. The last goal of this quarter was made by Rebecca Rudd for the Lady T-Birds, and it concluded 38-42 going into the fourth. Scottsdale was unable to do much in the final quarter of the game, and fell further behind as the game drew to a close. The game ended with Mesa leading, the final score was 47-58. The Lady T-Birds will receive Glendale Community College for a game on Feb. 3 at 7:30 p.m.Visit www.mesatbirdssports.com for updated information on dates and times for games.

Mauling for Thunderbirds ends in a loss

Stephen Peck Mesa Legend free showbox download The Thunderbirds fought valiantly while on the road at Phoenix College, but had to chalk up a loss, a division loss to boot. The first inning was full of
Read More

Kian Hagerman Mesa Legend The sports teams at MCC exemplify some of the best traits students can possess, but if only a few are watching, the efforts they make will not extend much further than the lo
Read More 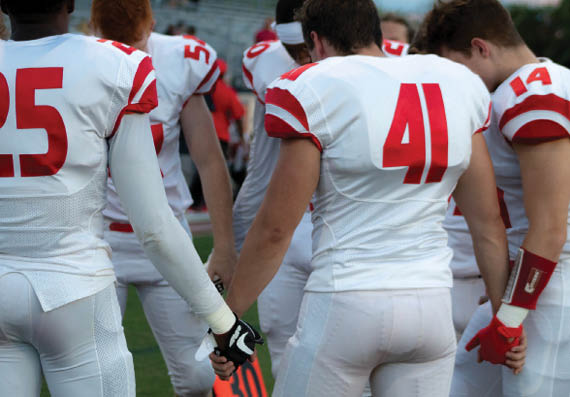 What if the reason for axing the football program at Mesa Community College (MCC) was made by individuals who misunderstand Junior College (JuCo) athletics? In 2017, the governing board of Maricopa Co
Read More