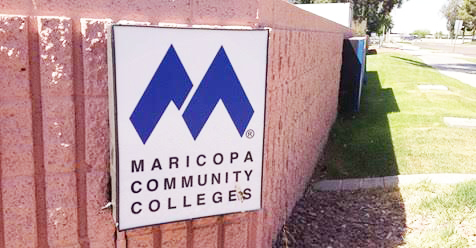 “For forty years we’ve been using meet and confer,” confirms Barry Vaughan, member of the Faculty Association and Philosophy teacher at MCC said. “Meet and confer is a collaborative process whereby parties come together, look at data, identify issues, jointly propose solutions and then agree to move forward with those solutions. It’s a problem-solving mechanism. That’s all it’s ever been.” After approximately 40 years of this system, the MCCCD governing board has decided to end meet and confer and upon request from the Mesa Legend, gave no reasoning.

“Just because we differ in views doesn’t make either of us wrong,” Laurin Hendrix, President of the MCCCD Governing Board stated during the meeting.  It is at this meeting on Feb. 27 where another important decision of the Governing Board was discussed, the decision to eliminate football within the district.  At this same meeting, Hendrix motioned, as is also stated on the Governing Board site, to adjourn the regular board meeting.  This motion was supported by Jean McGrath and board member, Johanna Haver, and passed with a vote 7-0. Laurin Hendrix, President of the MCCCD Governing board was contacted and gave no comment.