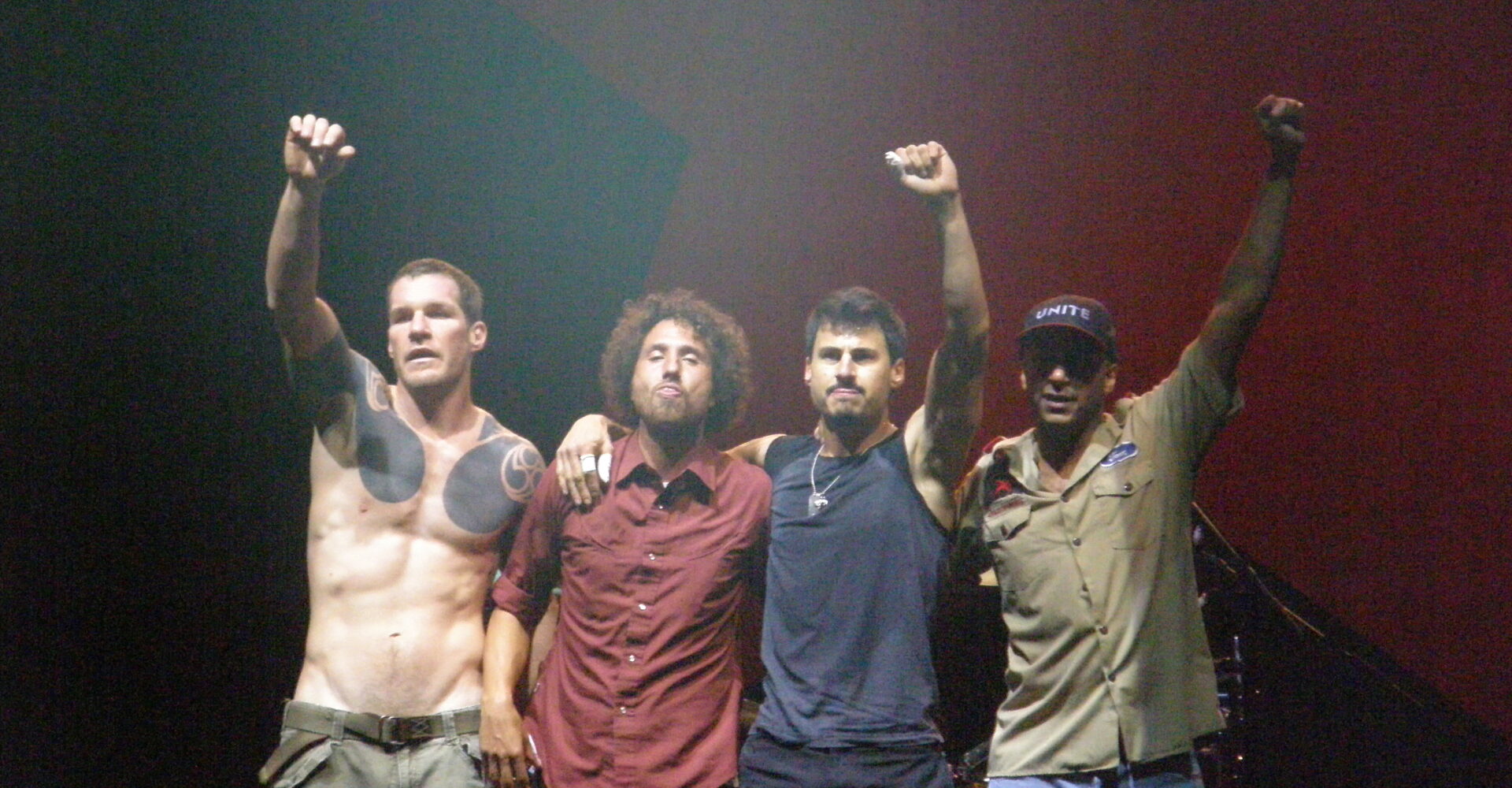 The lyrics of Rage Against The Machine (RATM) frontman, Zack de la Rocha, are always belted in a kamikaze of anger and frustration. The music is timeless, raw, and angry; it’s a fierce representation of political unrest that could never be replaced. Since their peak at the turn of the century, their character, music, and political stance has not been replicated.

Formed in 1991, RATM are recognized as the loudest voice of politically charged music and receive critical acclaim because their music strikes a chord in the repressed and searching.

Pick a song, any song, and immediately you will recognize the anger; the growls, screams, and screeches of De La Rocha yelling to rise and fight against a system of oppression, corruption, and hypocrisy. His method and radical message are unmatched by current music.

There will be no other guitarist as experimental and thrash as Tom Morello, who brings headbanging crunch to the melodic chaos with his famous “Arm The Homeless” guitar. Bassist Tim Commerford brings the funk on tracks like ‘Take The Power Back’ and ‘Calm Like a Bomb,’ cementing his powerful low-end role. Brad Wilk on drums completes the combustible concoction of RATM with explosive snare hits and punchy kicks.

I am aware these songs go through processing and mixing to buff out the rough, nevertheless, RATM and their message is clear, concise, and impactful. No bands today do what they do. Watch their live performance at Woodstock ‘99 just to realize their power. The crowd was wild and sometimes violent due to mismanagement of resources like water and toilets, and the Nu Metal lineup at Woodstock got the crowd so riled up, Fred Durst of Limp Bizkit actually asked 400,000 people to calm down.

In the final song of their performance, Commerford ignites an American flag soaked in lighter fluid. The flag burns as the crowd and De La Rocha chants, “f*ck you, I won’t do what you tell me.”

Broadcasts on Pay-per-view networks and MTV sent this moment to the world. Since then, there has not been another band brave or bold enough to do what they have done, and there won’t be another band like them, ever.

An eye for an eye is archaic, immoral

Kian Hagerman Mesa Legend Whenever some sort of tragedy occurs, you can be sure that you will hear a
Read More
09/27/2015

Adella Helton Mesa Legend With such an emphasis placed on one’s digital presence today, the focus on
Read More
04/01/2016