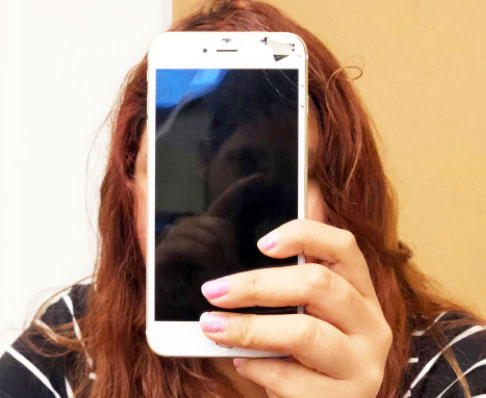 Apple Inc. has admitted to intentionally throttling iPhone performance with degraded batteries after a developer discovered code that had yet to be fully disclosed. The Cupertino-based tech company has since issued a formal apology and has made amends to its customers in several ways. The letter starts with an apology that attempts to pull at the heartstrings, “We know that some of you feel Apple has let you down. We apologize.” Addressing consumer frustration regarding the controversy, the technology giant highlights the reason behind implementing the so-called “slowdown” code. The code, in what Apple refers to as “power management”, was released over a year ago in an iOS software update, but the software release notes never specified exactly what had been implemented or altered. Some users across various technology forums and Reddit complained of increased load times and delayed performance, effectively hindering their devices.

Some locals have experienced slowdowns with their personal devices, “The [power management] is making our phones slower and randomly closing our apps,” Mesa resident Joel Armendariz stated, “It just crashes when I’m on YouTube, Snapchat or Facebook. Even when I’m not using the phone, it still drains fast. ”The tech community has always speculated that Apple intentionally slowed down their devices over the course of time in an attempt to prod buyers to purchase the latest iPhone model. That is until last month when John Poole, founder of Primate Labs and their renowned Geekbench program, made a surprising discovery. “While we expect battery capacity to decrease as batteries age, we expect processor performance to stay the same,” Poole stated in his report. “However, users with older iPhones with lower-than-expected Geekbench 4 (an application that tracks performance) scores have reported that replacing the battery increases their score.”
Poole demonstrates the effects of the power management code via charts that graph kernel density (computer processors outputting variable probability shown below graphic) in relation to a Geekbench score (a higher score is equal to better performance).

The majority of iPhone 6s users were at peak performance prior to the update released in iOS 10.2.1, hovering around 2500. However, when the power management code was deployed, fluctuations became immediately evident. This trend was further exasperated a year later with the release of iOS 11.2, demonstrating the degradation of batteries over time and reduced performance. After Poole’s report was released and caught wind of the public, Apple initially downplayed the effects of the reduced performance, claiming their goal is to “deliver the best experience for our customers, which includes overall performance and prolonging the life of their devices.” After backlash from consumers for the lack of transparency, Apple caved in and issued the formal apology. In addition, the tech giant has reduced the cost of battery replacements for all iPhone models released since the iPhone 6 from the standard $79 to $29. This offer is available through December 2018.

Regarding the repair’s price reduction, many still feel that it is not enough. “I think [the price reduction] should be free since it is Apple’s mistake, not ours.” Mesa resident Perla Vega stated, “We shoud not have to pay the $29.” A new feature will be included with iOS 11.3, set for release in March, which will allow users to enable and disable the power management feature at their will. The update will also give users more information about the condition of their devices’ battery health. Many tech analysts have commended the technology giant for their response to the controversy. While at first attempting to play down the issue, Apple came clean in the end.  In the final remarks of their apology, Apple stated, “Our customers’ trust means everything to us. We will never stop working to earn and maintain it. We are able to do the work we love only because of your faith and support — and we will never forget that or take it for granted,” they concluded.