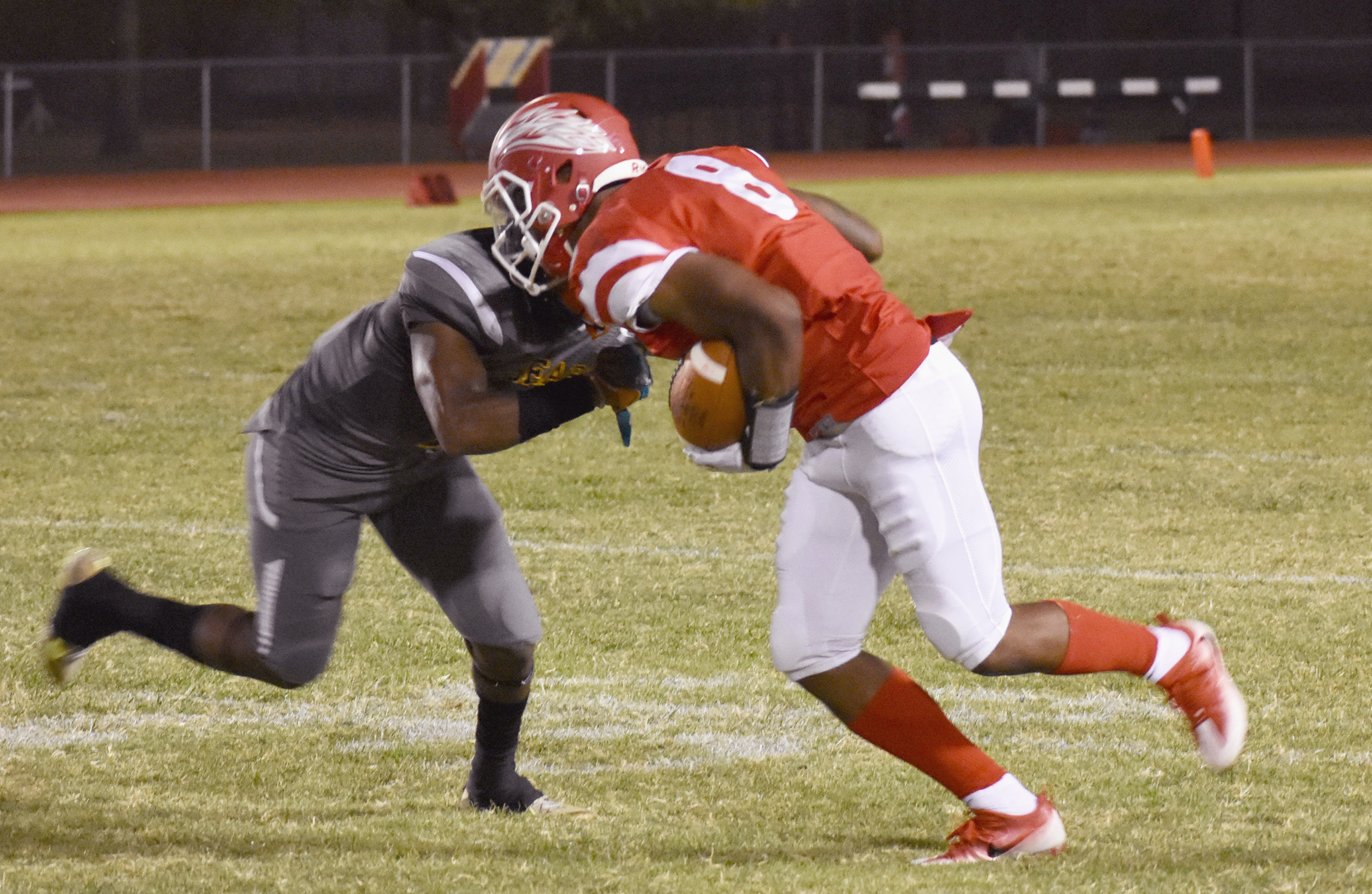 The Bears of Phoenix College (PC) lumbered into John D. Riggs Stadium looking for a meal. The Thunderbirds would not let themselves be a meal for a hungry Bear squad.  The bears have been without a Thunderbird meal since Sept. 3, 2016, when the Thunderbirds went into the Bear cave, (Hogan Field at Hoy Stadium).  The last two games when the Bears came to John C. Riggs Stadium, they retreated home to lick their wounds.  After the National Anthem played, MCC held a moment of silence for Ben McIvor who lost his life in a bar fight over the summer.  Head Coach Ryan Felker said, “Our goal is one week at a time, right now.”

Last season, Thunderbirds won their second game against PC, 58-13.  This time it was the same story, different score, 40-10.  The Thunderbirds put up 463 yards to the Bears 275 yards.  MCC held every category against PC, except fumbles, kickoff returns, and sacks.  The Thunderbirds did lose Offensive Lineman #74 Kordell Pillans to a possible MCL injury.  According to Pillans, he heard a pop when he sustained his injury. Head Coach Felker said, “That’s huge, cause he’s big-time talent and a great offensive lineman.” Later in the game, another offensive lineman was injured, Mike Young out of Queen Creek.  Head Coach Felker said, “He’s a great offensive tackle, as well. We gotta figure out what’s going on with those two and hopefully get’em put back together.”

Passing yard were 302-183. Rushing yards 161-92. Darius Aguirre, #3, had a spectacular 78-yard punt return. The defense held their own with three interceptions. The T-birds put up six points in the first quarter.  It was a touchdown but missed the extra point.  Second quarter brought another 14 points to the board for Mesa Community College (MCC).  The Thunderbirds talons sunk deep in the bear hide during the first half with the score 20-3.  The Bears only put up a field goal in the first half. The Thunderbirds put up another 20 points on the scoreboard in the second half.  While PC only put up a touchdown in the fourth quarter. The results from the examination on Kordell Pillans came back as a complete tear of his MCL and has possibly sidelined him for the season.

Thunderbirds Take It To Overtime