Thomas Ollerman, a psychology teacher at Mesa Community College, explained that anorexia is the intention to not eat. The causes of anorexia are typically related to the influence of the media, social pressures and being attractive. The effects of anorexia extend beyond the physical aspect. Ollerman explains that victims of anorexia suffer from significant psychological aspects as well. For example, a person like Angelina Jolie, who has suffered from anorexia, does not see themselves as being thin. This inability to view oneself in a normal light creates a situation which is very difficult to treat. 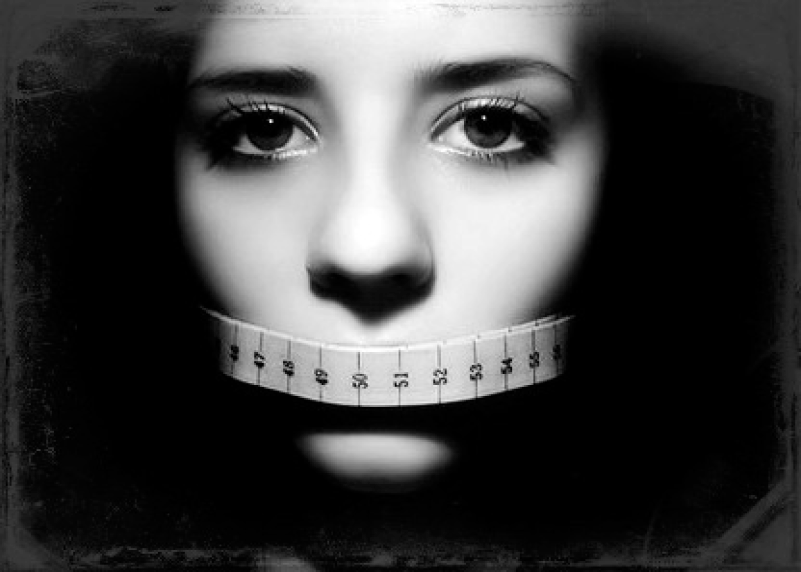 According to Ollerman, anorexia within females usually starts during puberty, or around junior high, when they become very sensitive how they are perceived, not just by boys but also by females. They attribute being thin with becoming popular. Young teenagers, especially girls, can become very insecure and withdrawn, even as they lose weight because they are so self-conscious of their image.  According to Ollerman, although the most obvious signs of anorexia and bulimia are severe weight loss, another symptom is psychosis.  Ollerman explains that when the body does not receive the nutrition it needs, it destroys all of its muscles, tissues and organs in order to keep the brain functioning.

So, after a body has drawn all the nutrition possible from the body, it then no longer has the nutrients to keep the brain functioning and the person will begin to show signs of psychosis.  Ollerman shares that anorexia and bulimia are not only seen in females. Recently, experts have seen an increased trend in males as well. Anorexia is most predominant in the homosexual population among males. Typically, homosexual males tend to be very image-conscious which doctors believe has led to an increased amount of anorexia. Ollerman shares that it is unusual to find heterosexual, overweight males becoming anorexic. These individuals usually think: “Well, I am fat, I am unattractive, and I am going to live with it.”

Heterosexual males do not seem to do much about it, whereas it is much more difficult for girls to be overweight. Hernan Ortiz, a psychology teacher in Argentina explains his experience with a student who has anorexia.  He explained that the woman is 37, which is rare because a usually anorexia starts when females are between 12 and 25.  Ortiz comments that this victim was found to be suffering from anorexia through an experience with alcohol. This woman rarely ate so when she drank alcohol, her body did not have sufficient mass or muscles to absorb the alcohol. She went to the doctor to discuss her problem who correctly diagnosed her as suffering from anorexia. Ortiz concluded that combining alcohol with anorexia is one of the worse combinations anybody can have.

Berna Sastre, a mother whose daughter has suffered from anorexia explains her experience. Sastre says her daughter, Monica, was always very happy and animated as a child. However, when her daughter turned 14 years old, her personality started changing completely. Her daughter became tense and very quiet, and developed insomnia. Most disturbing of all for Sastre was that her daughter was very thin and stopped growing. Nearly one year later, Sastre explains that her daughter Monica had become extraordinarily thin. Sastre took her to the hospital and they finally found out she was anorexic.  “I did not know what to do, I had never felt so confused and scared in my life”, Sastre said.

Later, Monica explained how she felt during the whole process and how she started becoming anorexic. She said when she was 14 years old, all she cared about was her appearance to others. Monica also noticed how her friends were starting to date and she became insecure how no boys were asking her out. She explains her thought process during those times. “I thought thing like; I am fat, and I will never get someone to like me unless I get thinner,” said Sastre. Sadly, many women develop this idea, one that leads to the detioration of first their body and then, their minds.

By: Kian Hagerman The MCC Theatre will see an adaptation of “Rumpelstiltskin” grace its stage, in a
Read More
09/02/2014