A commonly debated topic across all types of discussion is how things make one “feel”, whether it is in an argument with a significant other or a political fight of rhetoric or just a heated talk with a close friend. Through the lenses of perspective people from fixed emotions on topics they are engrossed in, it’s fair in terms of justice to see an argument from both sides, but a lot of the time one side can outshine or shout over the other. The DAPL (North Dakota Access Pipeline) is at the center of one of these debates, where some people see the pipeline as an encroachment of their land and a possible environmental disaster since the pipeline now wants to cross the Mississippi and a few other major rivers.

Then there are those in favor of the pipeline, who see it as a way to create thousands of jobs and generate a lot of crude oil needed to fuel or country and economy. According to the Dakota access pipeline website, the thirty-inch diameter pipeline will stretch from North Dakota to Illinois transferring crude oil, from the top down. They claim to be taking every precaution and there will be minimal impact on the local environment but many people see it a different way.
Specifically, some of the Native American tribes that are trying to stop the pipeline from being finished.In a line of peaceful protest, the Standing Rock Sioux and their allies for the past few months have been protesting the pipeline at places like the Missouri River and North Dakota.
Setting up camps and picket lines, attempting to impede workers and other officials from starting the unwanted project.

Police officers and private contractors have gathered in order to maintain their own line of defense, arresting protestors and using dogs and weapons as an intimidation factor. Both sides feel a certain way about a single idea, this isn’t a new concept but in this situation this small conflict of interest could stem into a much larger battle with either billion of dollars or thousands of years of nature and culture on the line. Look for more details on this event as it unfolds further, in a forthcoming issue of The Mesa Legend or online at www.mesalegend.com.

Rebekah Young The dating app Tinder is an innovative way for people to meet and start relationships.
Read More
03/07/2017 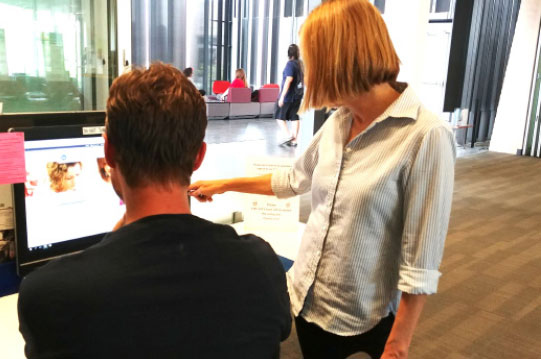