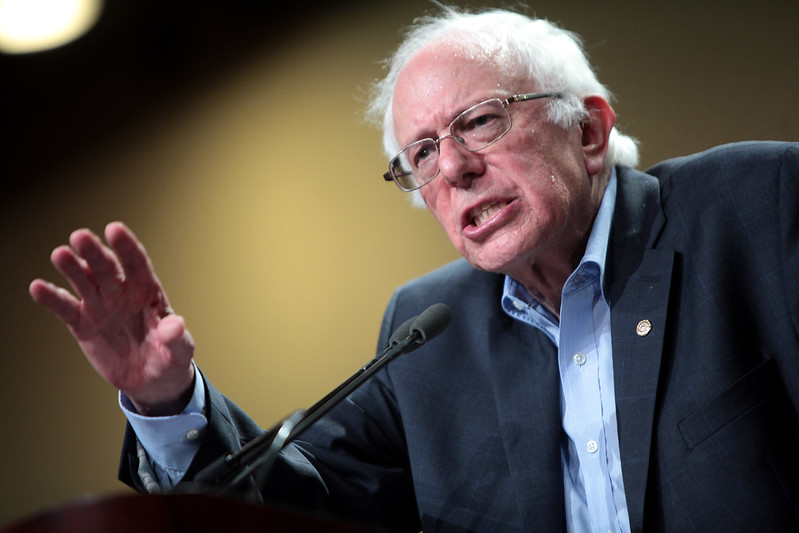 Bernie Sanders has announced his presidential campaign for 2020. With his sights set on the Democratic nomination, he sure looks like he might make it. After all, his campaign raised $10 million in less than a week. But will it ever be enough to win? Maybe, but I don’t think so.

My immigrant family doesn’t have American citizenship, but our lives are affected by American politics and legislation in every way. Because of that, I participated in the 2016 presidential election campaigns, and I invested myself in the outcome. If the Democratic candidate won, my future in America, where I’ve lived since I was three, would be more secure. If the Republican candidate won, well… immigrants from all walks have since been threatened with moves like ending the DACA program and the deportation of a Polish doctor and green-card holder after 40 years in the country.

My ancestors were also active in the socialist party of the Netherlands, and I’m learning Dutch politics so I can be educated on both where I was born and where I make my home in the U.S.. My family attended Bernie Sanders rallies in 2016, we advocated for a Democratic candidate, and we bit our nails the night of the election.

We wound up wiping away snotty tears at the result. I thought of all the lives that would be—and have been—negatively impacted by the election of not just Donald Trump, but his cabinet, Supreme Court justices, and his laws.

There were many reasons for Democratic defeat in 2016, some of which we are still unpacking ahead of the 2020 election. Bernie Sanders isn’t the sole cause, but when a third candidate joins a close race between two candidates, they can split the vote with one and give the majority to the other. And that’s one reason why I believe Trump won the presidency in 2016.

Look, I’m not saying I wouldn’t vote for Bernie Sanders if I had the chance. When it comes down to it, if Sanders wins the Democratic Primary, I prefer him over candidates of other parties, and I have the ability to vote, I will. His ability to fundraise quickly is promising, and he has a strong base. I’ve seen firsthand the passion of Sanders fans.

On the other hand, the Democratic candidate pool is crowded, and Sanders already ran in 2016, where his far left ideals also shifted votes to the other side. He has passionate fans, but that comes with the big threat of alienating moderates. And while Sanders campaigns as a Democrat, he’s an Independent. That affects his potential vote, too.

I am for universal healthcare and cheaper education, but I’ve already felt the Bern—rug Bern, that is. The 2016 election was like a high school’s cheap classroom carpet.  And I’m not too keen to be stepped on in the 2020 election.

I hope I’m wrong. If Bernie Sanders wins the votes and ends up as president, that’s a better outcome than other alternatives like, you know, another four years of the Trump presidency. I just don’t see a nice, fluffy shag carpet in our future.

With this massive pool of Democratic candidates so early in the game and his rocky campaign past, Bernie Sanders will not have enough to win the presidency. Even the idea that he’s running again doesn’t excite me. What’s done is done, and Sanders might do well to support a likelier candidate.

Jeff Moses America’s Pastime, baseball, has been going through a makeover of sorts for the las
Read More
03/11/2008