Fiesta Mall opened in 1979 and for years was one of the premier shopping centers in the area. However, in recent years the mall has been declining in sales and the entire Fiesta District, as a result, is suffering.

The mall itself has vacancies it is having trouble filling, most notably the void left behind by Macy’s, which pulled out earlier this year after having been one of the biggest draws for the mall.

All around the area there are many vacant buildings such as the empty Valley East Plaza Shopping Center on the north side of Southern Avenue that used to be home to Bed Bath & Beyond and Circuit City, but they have been gone for more than two years now and the buildings remain un-used.

It was, however, recently announced by the Mesa City Council that Phoenix Rising Investments, LLC has acquired the property and will be turning it into office space. The remodel is expected to be completed by early next year.

The vacancies that are being filled are being taken over by businesses that have more of a drive-through approach to them.

Dutch Bros. Coffee and In-N-Out burger have been successful recently, but they are centered on getting customers in and out quickly, not encouraging them to stay and shop in the area.

When Fiesta Mall first opened, it was faced with a lot less competition in the surrounding areas but over the years many alternatives have popped up and have made it difficult for the area to retain its appeal.
Superstition Springs Mall, Arizona Mills, Mesa Riverview and Tempe Marketplace have all opened in that time span, offering a lot more choice and potential convenience for the customers that otherwise would have been shopping in the Fiesta District.

MCC student Lindsey Dorscher worked at the Hat Club in Fiesta Mall from 2008-09 and feels that things weren’t quite as bad at that time.

“They were just remodeling it, like the food court area, and it was pretty busy. Definitely not the busiest mall but pretty busy. Stores were not closing down left and right,” Dorscher said.

Dorscher also went on to say that since she stopped working at Fiesta Mall, she hasn’t really been back there to shop much, usually opting for Chandler Mall or SanTan Village instead.

Some business owners saw the decline in the area and decided to move elsewhere. Ski Pro was one such business. Patricia Roberts, a business instructor at Mesa Community College is the owner of Ski Pro along with her husband Scott Matteson.

“We saw the writing on the wall about 10 years ago,” Roberts said. Ski Pro had moved locations several times, but they stuck to the Fiesta area until the Mesa Riverview area was going up. They decided to move the business in that area, citing the increasing crime as a major reason for the move.

“They had decided to build Riverview and we just thought, we need to go there …We had thieves coming into our store,” Roberts said.

It’s not just businesses leaving the area that is hurting it though. There are other factors at play. Mesa Community College and the Fiesta District were able to help support one another with the students on the campus visitng the businesses around the area. However, there have been fewer students around to make that happen.

The construction taking place on Southern Avenue and the rest of the surrounding area have made accessing the area a lot more difficult in recent years and have added to the congestion with traffic.

With more students taking courses it means there are less students needing to be on campus all of the time. Also, the enrollment tracking done by MCC for last semester showed that overall enrollment was down by 8 percent from 2013-14, which means even fewer students to help support the area’s economy.

“If this wasn’t happening I would be a little worried,” said Greg Pratt, an economics professor at MCC. “We don’t want to support obsolescence.”

Pratt went on to say that he feels some of the real estate that is currently occupied and zoned for businesses in the area might be better off if it were repurposed in some way, such as for condos or other housing. Roberts also shared a similar thought.

“We need to think more creatively,” Roberts said. “I think the students should take it (Fiesta Mall) over and maybe make it into some form of student housing.” Roberts also added that she felt more ASU students would take undergraduate courses at MCC if there were housing and more businesses in the area that appealed to their demographic. 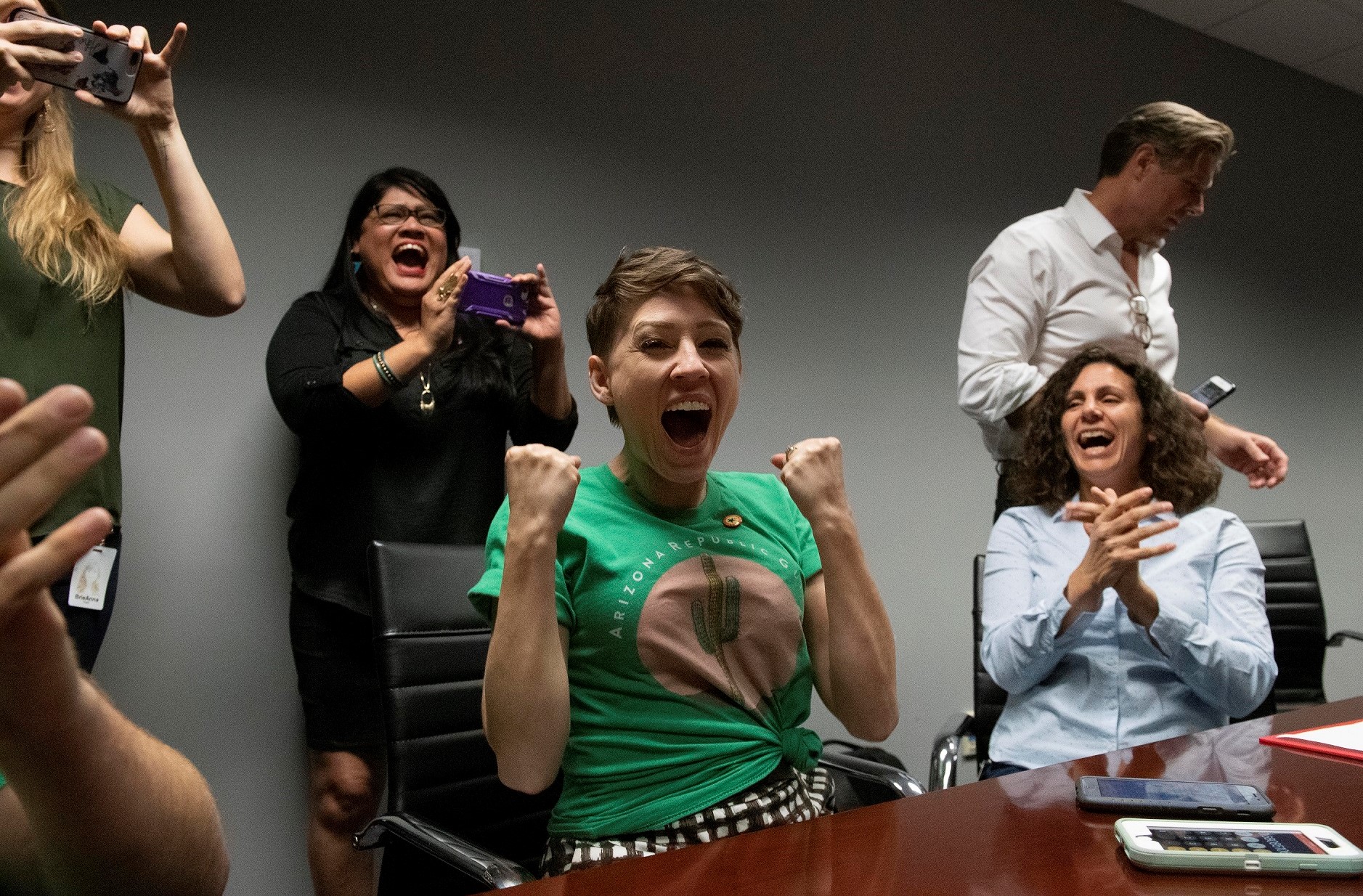