People collect substantial amounts of food storage and cultivate gardens to prepare for economic collapses and natural disasters that could cripple the government and stop the transportation of food and other essentials.   “I think the system is very fragile,” said food storage enthusiast Bill Cunningham.  “It could collapse at any moment.”  “If you’re not concerned about the current instability in the government, then you’re probably not paying very much attention,” said Mesa Community College student Chelsea Bass.

People such as Cunningham and Bass feel a strong desire to be self-reliant and become independent of the government to protect themselves from a potential economic collapse or other emergency.  “Any government, no matter who’s leading it, could fail,” said Michelle Nielsen, store manager of Honeyville Farms retail store in Tempe. “You can’t just rely on the hope that everything could be fine.”  Honeyville is a family-owned chain store that specializes in food storage products.  Collecting food storage items is one of the most common methods people use to increase their self-reliance.

“I feel that part of self-reliance is being prepared for disasters that could happen in the future,” Cunningham said.  “There could be weather conditions that destroy power and disrupt the flow of food, or the banks could close down like they did in the ’30s.”  Jane Levia, owner of the food storage and emergency preparation store Preparing Wisely, brought up the possibility of an electromagnetic pulse (EMP), which could destroy America’s electricity grid.

Levia said there are natural electromagnetic pulses such as solar flares, but there is also the possibility of a man-made electromagnetic pulse that could be deployed during a terrorist attack.  “We’re so dependent upon electricity in this country.  Most people can’t think straight without it.  You’ll want to be prepared and self-reliant if an EMP takes place,” Levia said.

Some of the most essential food storage products to acquire, according to Nielsen, are wheat, rice, beans and oats.  Cunningham said that freeze dried and dehydrated foods are also a good idea since they have a substantial shelf life.According to Cunningham, people collect food storage with the mentality that they can use it during a time of chaos, be it through natural disasters or economic collapse, when food would no longer be available through grocery stores.

“When people go to a grocery store during a crisis, they realize that if they don’t get what they want, they’re not going to eat tomorrow,” Cunningham said.  “I want to be in a situation where if there’s a crisis, I don’t have to worry because I have plenty of food stored at home.”   Gardening can also be used to supplement the storage of food.

According to Celeste Goldthwaite, food storage enthusiast and home gardener, gardening can’t be learned overnight.  “I’ve heard people say they will plant a garden if they need to,” she said.  “But you can’t just do that.  You have to buy seeds and build up the nutrients in the soil.  There’s so much to gardening.  You can’t just throw seeds in the ground.”   Some people struggle with learning how to garden in the heat of Arizona.

“If you want to garden in such a harsh environment, you have to have plants that will survive the summer,” said Goldthwaite’s daughter, Esther Goldthwaite.   People who want more information on food storage can visit the Honeyville store website at www.honeyville.com, or the Preparing Wisely store website at www.preparingwisely.com. 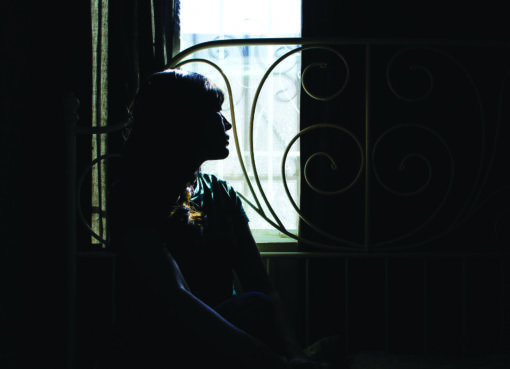