Mesa Community College (MCC) Men’s Basketball is having a rollercoaster season. Spring semester has just begun for MCC students, but the basketball team had games the entire winter break. During the break, the team went 5-4, nothing to swoon over, but a winning record. Their overall record is a single loss under .500 for the season, 8-9. The Thunderbirds are currently on a two-game losing streak. Those losses came from, Cochise College and the Pima Aztecs, to open up the spring semester. However, Mesa won their previous three against Central Arizona, Eastern Arizona, and Scottsdale Community College.

Cochise College is the No. 1 in the Arizona Community College Athletic Conference (ACCAC), followed by Pima Community College. MCC played Cochise College the Saturday before the beginning of the semester. The Thunderbirds were leading the game at halftime by six points. Coming out of the locker room and playing the second half was atrocious, as the Apaches outscored Mesa 52-29. Adonis Arms scored 21 points with Antwan Ross-Jones putting up 17 of his own. These two were the only T-Birds to get into double digits. The Apaches, on the other hand, had four players in double digits.

Cochise shot a blistering 49.2 percent from the hardwood, meaning that one out of almost every two shots went in the net. The Apaches had a better night than the Thunderbirds all around on the court, and the stats confirm their 17-point win over Mesa. The next game was a home game against number two in the conference Pima Community College (PCC) Aztecs, but overall 15-2 record for the season and 8-1 in their last nine games. PCC would brutally sacrifice the Thunderbirds to the victory gods with a 106-70 win. The Aztecs were clearly entering Theo J. Heap Gymnasium to play basketball. Pima took the first half, 57-18, by rebounding and capitalizing on their own created T-Bird turnovers and the turnovers by MCC.

Mesa was only able to get two points in the paint in the entire first half against the Aztecs. Sindou Diallo had 11 of the teams 18 points in the first half. Bryce Cheney went 0-10 shooting and missed his free throw. Malique Washington, Adonis Arms, Brent Kimbrel, Antwan Ross-Jones, Errol Newman, and Mikel Beyers also did not make any of the shots they took. This is almost the entire team and everyone, except one guy who did not play in the half, had time on the court. Washington did make both of his free-throws.

The Thunderbirds were 1-15 from 3-point territory, 6.7 percent, and 5-35 from the floor shooting an appalling 14.3 percent. Coming out of the locker room after halftime, Mesa was a completely different team, shooting 39.2 percent from the floor and 40 percent from behind the arc. Chaney, Ross-Jones, and Kimbrel redeemed themselves with a better second half. MCC is on the road, Saturday, Jan. 20 to face the Bears of Phoenix College and the No. 1 team in the ACCAC. The Thunderbirds then head back home for two games against the South Mountain Cougars, Wednesday, Jan. 24 and the Glendale Gauchos Saturday, Jan. 27. 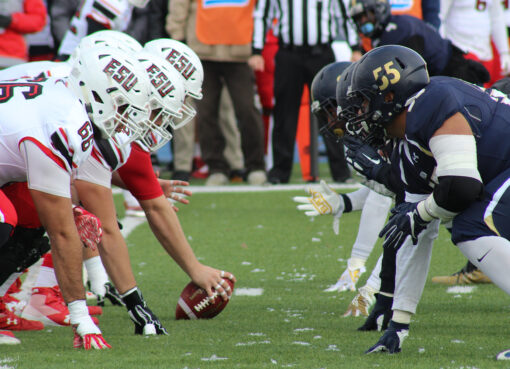 Despite COVID-19, the Hohokam League is set to be Arizona’s only source of college football.
Read More
03/04/2018

T-Birds QB goes down with injury in semi-final victory

By: Warren Younger MCC’s football team came into its semi-final consolation game with a chip on its
Read More