According to Sasan Poureetezadi, vice president of information technology at MCC, ubiquitous computing opportunities have been available for students since the early ’90s.

Since then, MCC has worked to upgrade campus technology and centralize the computers and software in the library.

“There are 250-plus computers just in the library,” Poureetezadi said.  “We wanted to make sure all the software was in place for any student on campus to access.”

Before the technology was centralized into the library, Poureetezadi said, the computers were spread across campus.

“It made more sense to put it all into one place, so students can come when they need to and have access to applications.”

Poureetezadi said that because the computers were centralized into the library, the college has seen a 15 percent to 20 percent increase in use from the students on campus.

“I use the computers daily,” MCC student Salwa Ahmed said. “I use them for my work, to make appointments, look for classes, sign up for classes and see what’s available. I also use them during my computer class.”

Poureetezadi said that the college tries to provide software applications that can assist students in their specific classes. “Technology has really become a big part of the curriculum and how we teach.”

Many academically in-demand applications, such as Adobe Photoshop and Rosetta Stone are broadly available to students at MCC.

“There are academically in-demand programs tied to the curriculum,” Poureetezadi said. “Students can come to the library and access any one of those applications on any system.”

Poureetezadi said that there are students in certain classes who need Apple computers for their assignments.

“Because of that, we added an Apple flair to make sure there were Macintosh systems on campus. It’s about 80 percent PC and about 20 percent Macintosh. We really tried to align the computers with the curriculum and what the academic needs were,” he said.

In addition to providing for the academic needs of students, Poureetezadi said that the college tries to provide for their personal needs as well.

Poureetezadi said that occasionally he walks through the library to observe the students. “It’s great to see all the work they’re doing. A lot of them are doing really productive work. Some of them are working on Photoshop or designing something or whatever it may be.”

“But there are also times when I see them catching up with friends on Facebook,” he said. “I think that’s actually a good thing. Those are the types of things we want our students to do. People communicate in a multitude of ways so we want students to have access to those communication methods.”

“I use the computers for the Canvas site, for chemistry, for math and for quick information on Google every day,” MCC student Derek Khalil said.

The library is available for use every day of the week, except on certain holidays, during fall and spring semesters. Many colleges, according to Poureetezadi, have similar accessibility to their computers and labs.

“Providing centralized computing resources to students has been a common practice for the last 10 to 20 years,” he said.

Poureetezadi estimated that there are 2,000 or more computers on the MCC campus. He said that each computer costs the college $750.

“In the past, we used to buy them individually,” Poureetezadi said. “We’ve reduced the cost substantially because we buy them in quantity now. We have them in stock so if one dies we just swap them out.”

Poureetezadi said the college is handling the finances of so many computers very well. “We’re better stewards of our resources than before because we’re actually getting more for less. We’re in a good spot now,” he said.

“It was a good investment for the college,” Khalil said.

Khalil said that he was in a class where computers were utilized. “When we would do activities for a specific topic, we would use the computers,” he said.

Students can use the campus computers to help them with their classes.

“The focus of our whole agenda is to support the teaching and learning experience,” Poureetezadi said.

Keith Whittemore Mesa Legend According to some in the education field, grade inflation is on the ris
Read More 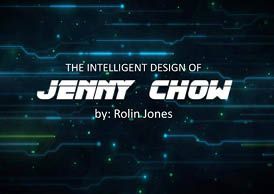