Mesa Mayor John Giles outlined monumental changes coming for the city in the current years at the 2018 State of the City breakfast held at the Mesa Convention Center in February. Among the proposed improvements are enhancing public safety, increasing educational opportunities for toddlers, expanding services and jobs at Phoenix-Mesa Gateway Airport, and an economic development plan for the city’s downtown area. Mayor Giles began his address by citing the city’s population growth, which Census figures shows Mesa has become the 36 largest city in the U.S. – up from standing at 38 for several years – with 485,000 residents.  He also announced that Mesa added 2,000 jobs in 2017, and there are plans to increase the numbers again this year.

Boeing recently announced the company would add 900 positions at their East Mesa location.  The mayor boasted how commercial and business investments were well over $500 million in capital, with the revenue from sales tax continuing to grow. “The growth, certainly, has put some pressure and some stress on our ability to respond to our public safety needs,” Giles said. Public Safety Giles touched on safety issues the city faces today, including the need for more police officers and firefighters, and building stations in areas throughout the city.  He said he plans to put it on the ballot for voter support.

“Those types of large investments are gonna require voter approval,” said Giles. Homelessness was also part of the city’s public safety issue, one the city has worked on with the help of the Mesa United Way.  Giles wants to incorporate funding for these services into Mesa’s fiscal budget. “We asked the human service agencies in Mesa, led by the Mesa United Way, to help us form a strategic plan to focus our government and philanthropic resources on our most vulnerable residents,” Giles said

The Mesa K Ready is a community-based program created to help toddlers become kindergarten ready, an initiative Giles said has been successful and needs to grow.
According to Mesa K-Ready coordinator, Elizabeth Mullavey, the city is home to more than 31,000 children under in the age of five.  “Of those children, only 36 percent of them attend some type of preschool study,” Mullavey said in a video presentation at the address. This is the first year of the program and it helped 50 families prepare their 4-year old to enter the Mesa Public School system.

Now, Mesa plans to grow the program to help 800-1,000 families with toddlers within the next four years. “If you have a community that has a strong education program, that has strong public schools, what it does it gives you a really great base of talent, resources locally, [to] go on to finish high school or college, or come straight to work for an employer,” David Moromisato, Cardon Children’s Medical Center chief medical officer, said in the Mesa K-Ready video presentation.

Giles spoke of an innovation project for downtown Mesa called ‘innovation district.” Among the ideas is to create an anchor business and research institution. The plans are part of a report by the Washington D.C. non-profit research group Brookings Institution. The Brookings Institution toured downtown Mesa to evaluate the best uses of the area.  The agency proposed creating an “Innovation district” that requires collaborating with businesses, agencies, and developers to boost Main Street and the surrounding areas.

“Innovation district is, it’s a part of a regenerating urban core, that has elements like, gathering places, investments in transit and housing, entrepreneurial ship, business, and education,” Giles said. The mayor’s announcement of the innovation district comes on the heels of a council approved $60 million projects called The Grid, where it will include mix-use of residential, office, and restaurant project to be developed by Scottsdale-based office space creator Palladium Enterprises and business management agency CO+HOOTS.  The Grid will be located on Main Street next to Benedictine University near the Mesa Center for Arts. CO+HOOTS will be the anchor in the new center.  “Downtown Mesa is well on it’s way to being a diverse, innovative, economically strong urban hub of our very large city,” said Giles.

Among Mayor Giles outlined to improve city parks and public spaces is a plan to increase business at Phoenix-Mesa Gateway Airport.  He announced the SkyBridge Arizona program and explained that it would make the East Mesa airport the first international air cargo hub for use by U.S. and Mexico Customs.  The SkyBridge Arizona program will import and export goods between the two countries and open up shipping availability “to any one of over 200 airports in Mexico,” Giles said.
SkyBridge Arizona will be stationed on a 360-acre section on the airport’s southern area, next to the runway.

Diversity was among the highlights of Giles’ address. He announced that he sent a letter to the state legislature to protect citizens of Mesa from any form of discrimination. Giles emphasized the need to continue to build a more diverse and inclusive city. A mission he said, he supports through the One Mesa Pledge.  Giles ended the address saying, “People will always want to live in Mesa, Arizona, and they will beat a path to our door.”

By: Jannine Amore No matter what course a college student is taking, studying is always the key to s
Read More
04/02/2018 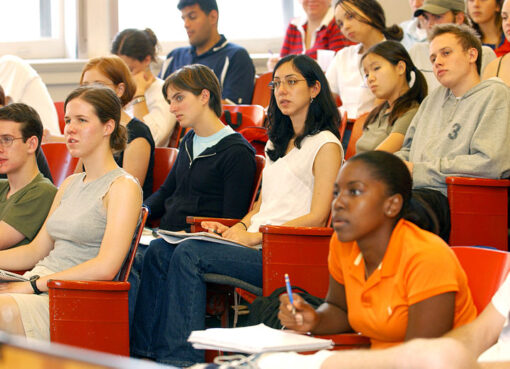