On a February afternoon at The Arizona Model Aviators Superstition Airpark flying site in Usery Park, near Apache Junction, there were clear blue skies and an occasional soft breeze.  “This is a perfect day for flying,” said Jim Legg, member of the Arizona Model Aviators (AMA), which is a club whose mission is to make model aeronautics a reality for anyone who wishes to build or fly radio-controlled model airplanes and is sanctioned by The Academy of Model Aeronautics which is a national organization.

Legg said he first got involved with model aviation when he was a teenager in western New York,  “I started off flying the control line planes, then my first radio control was a single-channel   airplane,” Legg said. “Not too much success with that.”  Legg said there was not much support in western New York for aspiring model aviators, but when he moved to Arizona that all changed.   “When I moved out here, I found friends who helped me out with it,” he said.  “The model aviation scene is stronger out here. There are a lot more people involved with it, and AMA is a big club.”   As a result, Legg has been an avid model plane builder and aviator since 1996.

Legg has a variety of model airplanes ,most of which are gas powered, scaled down versions of actual WWII fighter planes, but he also has a couple scaled -down versions of civilian and aerobatic planes as well.  He likes to build his airplanes himself, but also buys or trades planes with friends and fellow club members as well.  To Legg, and others like him, the accuracy of design and faithfulness in detail to the full scale aircraft that their planes are molded after is everything.

Recently, Legg has been flying an aerobatic plane called the Extra 300. “It’s modeled after a plane manufactured by a man named Walter Extra who makes the full-sized aerobatic planes that you see in airshows, this is a 30 percent  model of the real thing,” Legg said. “If you go to Williams Gateway Airport, there’s a place, where if you pay a whole bunch of money, they will take you up in the real thing.”

There is a lot of preparation that goes into transporting and setting up model planes for flight.  Legg attaches the wings, checks to make sure all the wiring is properly connected.  He ensures that his radio transmitter is transmitting its signal and the receiver in the plane is receiving the signal so that the plane’s onboard servos manipulate the control surfaces, which steer the airplane when it is in flight.  Legg then pumps fuel into the plane’s tank and rolls it over to a special area where he starts the engine and throttles it up and down to make sure the plane has all the power it needs to fly.

Once prepared to fly, Legg uses the transmitter to role the Extra 300 out onto the runway under its own power, then he throttles up the engine, the plane quickly builds up speed, and rises is up in the air. As it gains altitude, Jim puts the acrobatic plane through its paces with maneuvers like loops, rolls and “hammerhead” stalls as he circles it around the airpark several times. 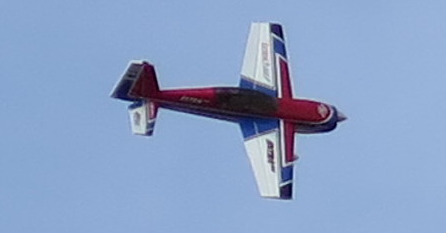 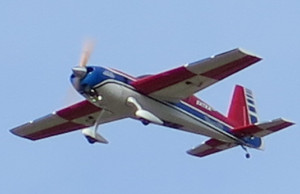 After about 10 minutes, which is about the time it takes for the plane to start running low on fuel, Legg brings the Extra 300 in for a landing.  It touches the ground and rolls down the runway. When the plane slows down, Legg turns it around and guides it off the landing strip, shuts the power down and rolls it by its tail to the preparation area.  Even though it was only a 10 minute flight which required a lot of time and preparation both on and off the airfield, Legg said, “I think I’m satisfied with the flight, and as long as I’m satisfied with it, that’s what it’s all about, you know?” 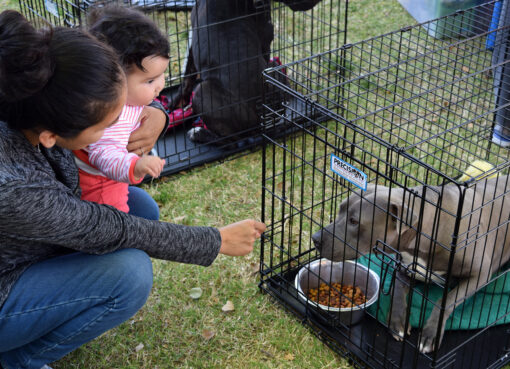 ‘It’ jumps from the small screen to the big screen

Owl spotted on the MCC Southern and Dobson Campus