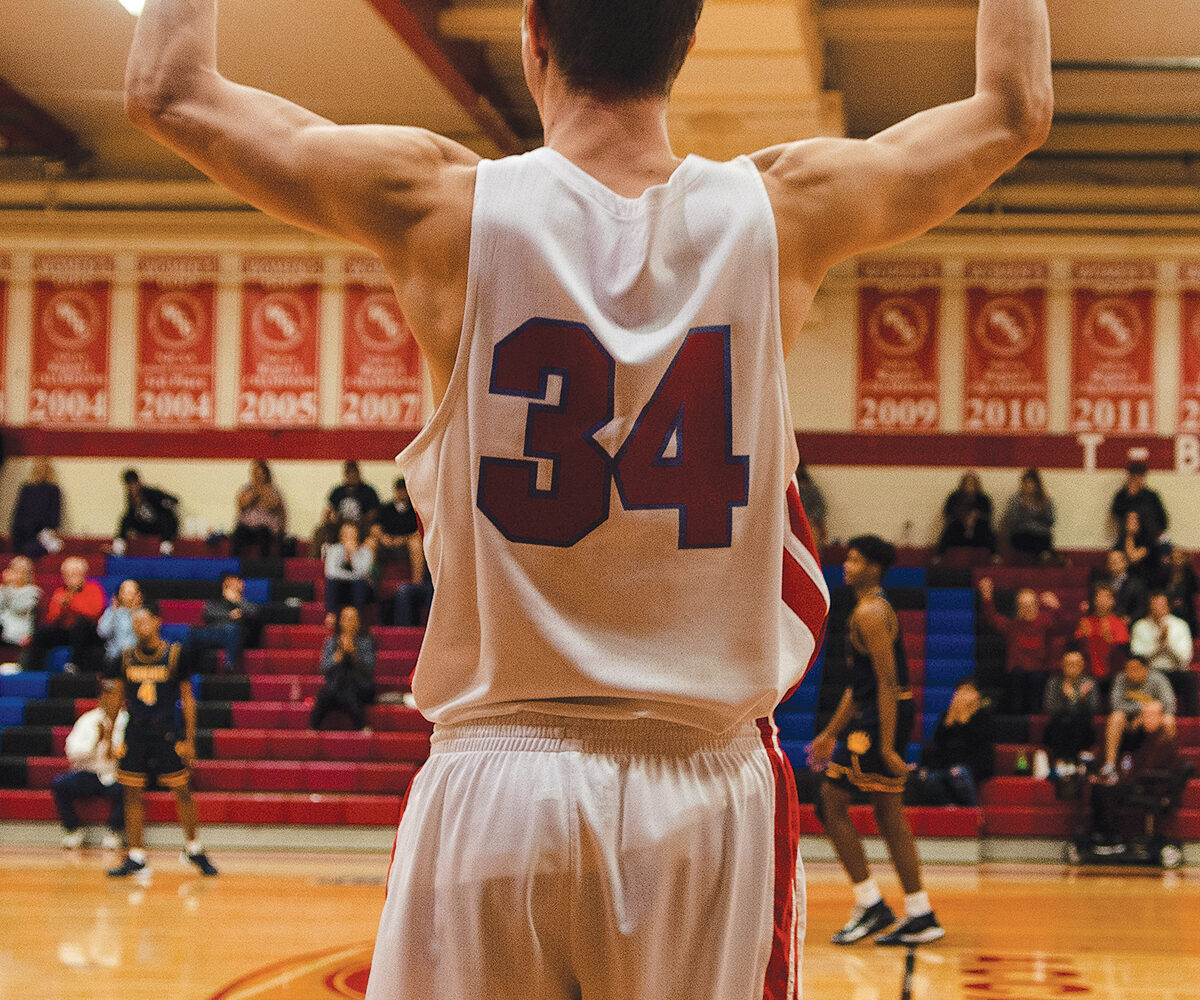 Last summer Mesa Community College’s (MCC) head Men’s Basketball coach Sam Ballard received an email from a student expressing interest in joining the basketball team. The student described himself as “non-traditional,” the words resonated with Ballard who has been a coach at MCC for 12 years.

“I responded and asked him what he meant,” Ballard explained. “He said he’d been out of school for a while, so I told him to stop by and we would talk more.”

Brandon Cox showed up to the next practice hoping for a chance to try out for the team.

“I walk up to him and introduce myself and shake his hand and he was like, ‘Jesus, Brandon, how old are you?’” Cox recalled. “I told him I was 35 and he said I was older than some of the coaches.”

According to Ballard, during warm-ups Cox kept up with the team so they invited him back the following week.

“He came back and it was a repeat of everything we’d seen the last week, he had some ability,” said Ballard. “It was impossible to cut him. He had a great attitude, and he out-worked everybody. At that time we had no idea about his background or what he’d been doing for the past 15 years.”

Cox was born and raised in La Crosse, Wisconsin where he coped with a difficult childhood by playing basketball. He recalled nights crying in bed in a household where alcohol was abused and fighting was constant.

“Basketball was a good outlet for me,” Cox said. “I would go to school and try to put on a show like everything was fine at home. I took a lot of my feelings out through sports.”

At 14, Cox said he began experimenting with alcohol.

“It started as innocently drinking with friends and sneaking booze out of my parents’ liquor cabinet,” Cox explained. “Then it progressed. Any aspiration I ever had took a back seat to alcohol.”

Cox graduated in 2002 and attended community college where he joined the basketball team. He said this was a time when his addiction was growing and he fell into the party scene, abusing drugs and alcohol.

“I wasn’t able to go to class or make the grades so I was ineligible after one semester,” he said. “At that point I had nothing except for alcohol.”

Cox recalled the cycle of his addiction, and despite getting in trouble he was unable to stop.

“Any consequence I ever had with losing relationships, crashing cars, injuries, trouble with the law, none of that would stop me,” Cox said. “I’d wake up with so much guilt and shame, but my only solution would be to go back to the exact thing that got me there in the first place.”

At 23-years-old the addict was dating his future wife, Lara Cox, when she got a job offer in Queen Creek, Arizona. Lara accepted the position and moved from Wisconsin to Arizona and Cox followed her hoping he would leave his unhealthy lifestyle behind.

Unfortunately, the move was not the cure that Cox had hoped for and despite several attempts at getting sober, he continued to feed his addictions.

One attempt occurred after the birth of their first child in 2011. While Lara and baby Breighlyn were in the hospital, Cox went home and poured out the liquor bottles and promised himself he was done.

Aug. 6, 2015 was the day that changed everything for Cox and his family. The struggling father disappeared for a few days when Lara had enough and told him he couldn’t return home or see his 4 and 2-year-old kids anymore.

“Instead of having an excuse like I always did, I had nothing,” Cox said.

Then homeless and unable to see his children, Cox reached in his wallet and found a number to a rehabilitation center that he had saved from one of his previous attempts at getting sober.

“I called them and told them I was ready and I told them I didn’t know what to do,” he recalled. “They told me what I needed and I did it, this was the first time I was doing what I was supposed to do.”

Cox credits his friends and family for getting him through detoxing and rehabilitation.

“That’s a huge part of how I got to where I am now. They….” Cox paused. “They loved me when I couldn’t love myself.”

After rehab he began attending meetings and using Alcoholic Anonymous’ 12 step program. Simultaneously he worked toward regaining Lara’s trust and reuniting with his family.

“It took a long time,” Cox said. “There was over 10 years of broken trust that had to be worked through.”

While working on himself and on his family Cox signed up for classes at MCC to study electrical engineering.

One day after leaving the enrollment center he walked next door into the gym to look around. He said when he smelled the hardwood floor and heard the ball bouncing coupled with the noise from shoes as they squeaked against the floor, his senses flooded with nostalgia for the competition he loved so much in his youth.

“For whatever reason I got the idea in my head, what would it take to try out for the team,” Cox said.

That’s when Cox sent the email about joining the team.

“It’s been amazing to see the effect he’s had on the players,” Ballard said. “It’s hard for them to come out here and not work hard. When they see Brandon who’s been through what he’s been through, and is always pushing himself and never gives up.”

On Wednesday, Jan. 29, the Thunderbirds played Phoenix College in a home game. In the stands were Lara, Breighlyn, Briley, and the newest addition to the Cox family, six month old Brayton.

The family cheered for Cox as he ran up and down the court in his number 34 jersey. The number they chose as a family.

Cox stands out on the court, but not for being the oldest player, but for being the loudest. He cheers on his teammates and celebrates every basket with enthusiasm.

“The loud energetic guy you see, that’s B,” said teammate Rajhan Billingsley. ”I love having him around, the days we don’t want to practice he’s the one who gets us motivated. He’s special, and everything he’s been through is a testament of who he is and how strong he is. We love having B on the team.”

The Thunderbirds won the game 64-61. Cox jumped on the stands and hugged his family celebrating their win before retreating to the locker room with the rest of his team.

“I soak it all up,” he said. “My family, my friends, every class, every assignment, and basketball. I’m fulfilling dreams I always had and now I’m not taking anything for granted.”

According to the National Institute on Alcohol Abuse and Alcoholism in 2018 14.5 million Americans suffer from an alcohol use disorder. For more information or for help with addiction  visit The Substance Abuse and Mental Health Services Administration (SAMHSA) website at http://www.samhsa.gov or call the 24/7 confidential helpline 1(800) 662-HELP.

Cristina Mills
Cristina Mills is a United States Navy veteran that served five years as a Mass Communication Specialist. Upon leaving the military she moved to Arizona where she lives with her husband, Ron, and English Bulldog, Stella. Cristina attends Arizona State University and Mesa Community College where she studies journalism, and joined the Mesa Legend in January 2020 as the Features Editor.

So as to recognize a specific gadget that is associated with a system, there have been doled out a few locations by the producer of that gadget or by the individual who gives you the web, that is, you
Read More

Mesa Legend Review A new chicken and waffles joint has opened on the East side of the Valley near ASU.  Located in Tempe, on Apache Drive between Rural Road and Dorsey Lane, Jorge’s Chicken and Waffle
Read More 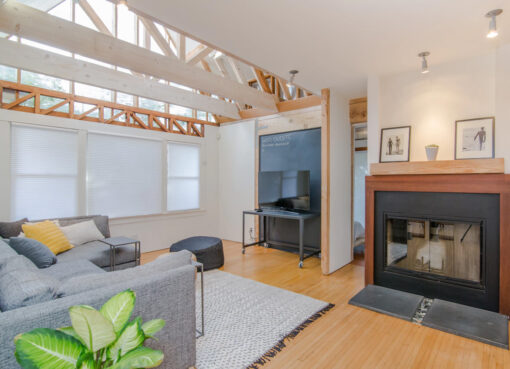 Villas at Half Moon in Montego Bay, Jamaica