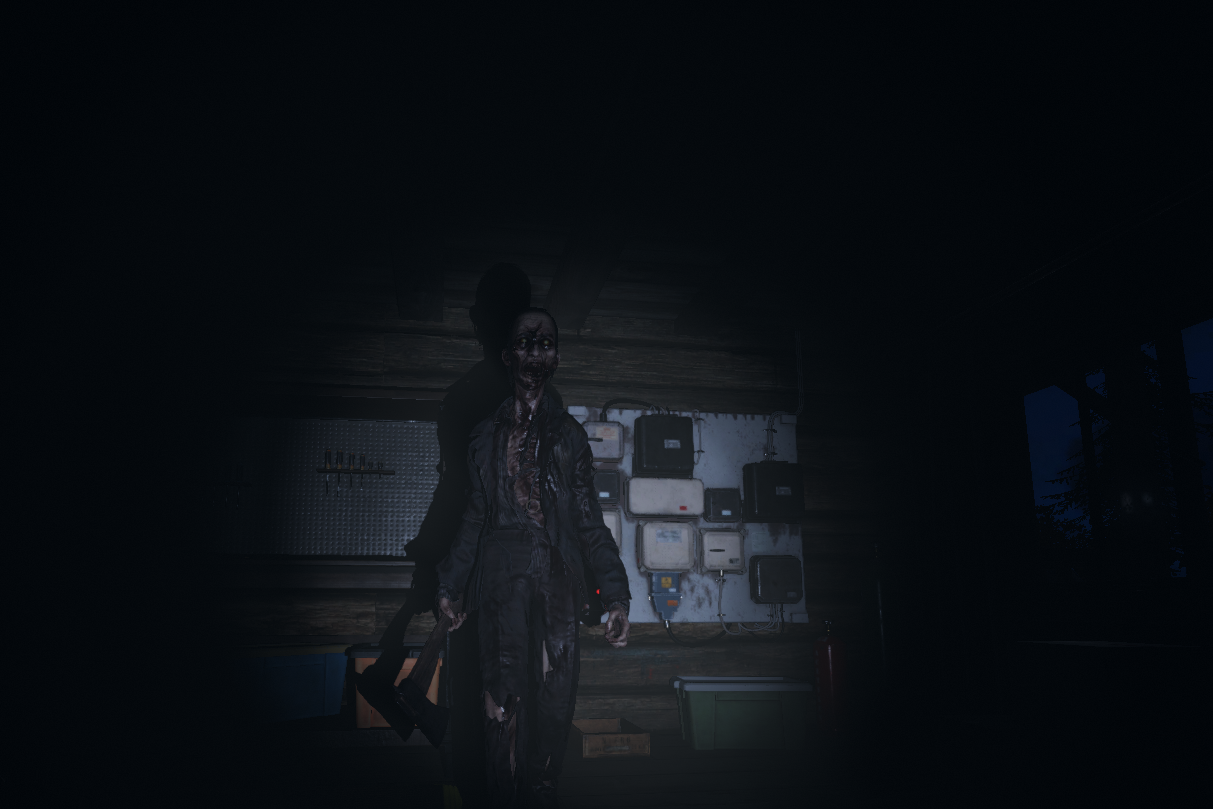 Released Sept. 18, “Phasmophobia” has a 97% positive review rating on Steam.

This is a warning to all who are reading this: It is watching you. It is trying to talk to you.

Grab that radio. Turn it on and leave it in the bathroom. What is it saying? Nothing? Turn the light out. Ask it again.

The four of us freeze against the backdrop of the pitch black room. A heavy footstep. It is definitely here.

“Give us a sign,” I repeat, pulling out my cheap flashlight.

The bathroom lights go out. The sink begins to run. A brown liquid oozes from the faucet and fills the basin.

“What’s the ghost’s name?” another asks.

“Charles Brown. It responds to everyone.”

An uneasy silence hovers over us. One of us must gather the courage to call the ghost by its name, or we will never see it.

I speak into the radio, “Charles Brown, show yourself!”

The lights flicker. The radio cuts out. One of us whispers “Hide!” as something terrible moans.

And that is what I try to do. I run to the front door. It follows, whispering something terrible. The footsteps grow closer as I make my way past the kitchen and living room. There is a door. I can see the outside. I can see the van. The others made it out.

As I reach for the handle, the door slams shut. I try to open it, but it is locked. It is here.

The others shout at me from outside. Their muffled cries barely break through the sound of my own heartbeat. The footsteps grow closer. The lights continue to flicker.

“Run! Close the door and hide! Don’t say anything!” they scream.

Quickly, I dart into the room on my right and shut the door. The footsteps continue toward me. I turn my flickering flashlight off and shut up. I close my eyes. I can hear it moving within the room next to me, its heavy footsteps giving way to its location. It is there.

“There it is!” one shouts from outside.

“It’s holding a cleaver!” another says.

I turn and face the depths of the dark room. I am paralyzed. I try to walk, but I cannot. I fall to the floor and crouch behind a desk to my immediate left. I can see nothing. I try to turn my flashlight on, but it continues flickering. The footsteps grow louder.

“It is hunting,” I hear the last say from outside. “Activity level is at a constant ten.”

On the other side of the door, its feet are shambling across the hardwood floor of the Blaesdale farmhouse. It is speaking to me. Telling me to run. I pray. The footsteps grow louder. I see a flash of light.

“I got a photo of it through the window!” the second cries.

With palms trembling, I pull out a bundle of incense sticks and a lighter from the same pocket. This is why we brought these, I think to myself, and light the bundle.

“Activity levels are dropping. Can you hear me?” one screams into his radio. The crackling voice beams through to me. The team’s muffled cries turn into static and hastily given directions.

“The door should be unlocked now. Get out of there while you still can. I got a photo. I think it’s a jinn!”

I hesitate. The flickering has stopped. I rise from my corner and gently pry open the wooden door. The exit is there. The lights are on. I run.

“Phasmophobia” is a co-op ghost hunting simulator where you and three other players are charged with discovering and categorizing an undead entity haunting a chosen location. In my opinion, this video game is horror done at its finest.

There are several types of ghosts, from a run-of-the-mill demon to the light-flickering jinn in the story above. Each map offers one of several different ghosts as a potential suspect, and each ghost operates in a unique and ever changing way. Every match, the ghost spawns in a new location, requiring users to hunt down a new and unknown ghost at a different location within each level.

Far from the unalterable course of a horror movie, “Phasmophobia” lets players create their own horror flick through investigative tools like flashlights, motion sensors, ultraviolet lights and walkie-talkies. With no tools of combat, players are forced to either document the ghost or run before it kills them. The ultimate goal is to establish the type of ghost and get out before it finds you.

The venues are realistic, and players will navigate eerily familiar homes, schools and farmhouses. Little details such as smartphones and digital televisions going off without warning play a big role in setting the game’s tone. These are thoroughly modern hauntings, with ghosts who interact with objects much the same way we would in our own homes.

“Phasmophobia” also provides a uniquely-haunting experience by utilizing artificial intelligence that reacts to the user’s game style. Some ghosts may throw objects or turn the lights off. Some may lock doors or even switch between camera feeds set up by players to prevent detection. Some choose to hunt those who are alone, while others prefer to hunt groups.

Perhaps the most terrifying gameplay element, and what really sells “Phasmophobia” as my best game for Halloween 2020, is its use of speech recognition. As the story describes, the ghosts are listening to you. They react to your fear or courage and attack accordingly. If you begin to figure out the ghost’s type, it may target you. If you state the ghost’s name aloud, it will notice you. If you ask the ghost to kill, it kills.

While much of the game’s fear factor comes from not knowing how each ghost works, “Phasmophobia” offers over 50 hours of unique ghost-hunting content before any serious patterns emerge. I definitely recommend everyone interested go in blind as discovering the internal mechanisms and artificial intelligence of each ghost is where the fun really begins.

For those who have already spoiled themselves, don’t worry. “Phasmaphobia” will release future updates, including new maps like an apartment building and a prison, as well as a new versus game mode where one player controls the ghost.

Available in both virtual reality and mouse and keyboard, “Phasmophobia” offers users a truly unique departure from the normal Halloween thriller. Currently in pre-release, you can find it on Steam or other similar digital PC marketplaces for $13.99.