Taylor Swift is an annoying white person. Well wait, I didn’t say that. I just forgot to put quotations.  Jordan Sargent said it in an article for Gawker and he is white. But Im glad he did so I don’t have to. Swift did tell us last year in her smash hit “Shake it Off” that the haters gonna hate. So maybe I’m just jealous that so far this year alone, according to the Sunday Express, she’s on track to making $365 million by the end of the year which would mean she would have made on average, $1 million a day.Impressive. I guess its a salary you can expect from the biggest pop star on the planet.

“Taylor Swift Rules the world,.” as GQ puts it in their November issue with her on the cover.
The queen flexed her power on Apple by making them acquiesce to her demands for payments.
This is what irritates me about celebrities in general. The only time we can expect them to speak up is when it involves their money. For anything else, they stay quiet.  But what makes me want to single out Taylor as an annoying white person is her status in the industry, coupled with what Aaron Bady writes in his column about Swift in Pacific Standard.

Bady got it right when he said she participates in a white fantasy which supports “the idea that you can play around with racism and not get your hands dirtied by it. “She’ll exploit the “white girl” image and will only associate her self with black people when its of good use to her. Like as props twerking in her “Shake it Off” video, or as back up reinforcement when she is trying to be gangsta like in “Bad Blood” with compton’s own Kendrick Lamar. Then she’ll make a point by not having any appear at all while in Africa for“Wildest Dreams.” Reminiscing over the 1950s. A time when if they wished, whites could totally shut themselves out from the reality of injustice being done toward blacks. 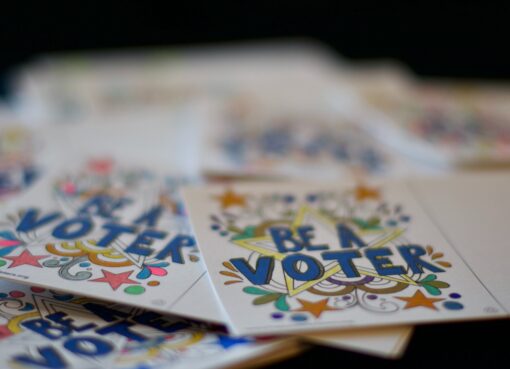 Letter to the Editor: The college youth vote matters

College youth have the numbers to make a significant impact in November--we just need to show up!
Read More
12/01/2014

Both students, teachers should be more understanding

By: Julija Kaselyte I’ve gone to a few different schools and had a fair share of it. I noticed some
Read More
04/10/2018