The fall season, the time of year when basketball junkies have already started having cold sweats, delirium tremens and many more signs of serious deprival.  To suffice our desperation from the lack of NBA news, I’ll recap the off-season events of the hometown Phoenix Suns, if only for momentary peace and comfort. On June 23rd, 2016, the NBA held its annual draft, where top college and international prospects were selected by NBA franchises.  The Suns had the 4th overall pick, selecting 18-year old Dragan Bender, a 7’1’’ from Croatia. He was the highest graded international prospect in this year’s draft amongst the scouting elite. Bender has quite the bizarre athleticism for his size.

Displaying of his ability to defend guards with his lateral quickness and wingspan. Also, creating nightmare matchups for opponents on the offensive side of the ball, by his proven touch from behind the arc, including his nearly unblockable, high-release point. The lanky draftee shows incredible potential but has a long learning curve ahead. Phoenix acquired the 8th overall pick via trade with the Sacramento Kings who received the 13th and 28th picks from this year’s draft, as well as a future second-round pick and the draft rights to Bogdan Bogdanovic, whom the Suns drafted 27th overall in 2014. Phoenix used the pick to draft Marquese Chriss of The University of Washington. The 6’10’’ power forward has the explosiveness that is reminiscent of the former Phoenix Suns favorite Shawn Marion.

From dunks to rebounds & blocks, Chriss has a lot to offer in excitement from above the rim.
Chriss has also displayed a tenacity and aggression that all true basketball fans can appreciate. Like Bender, he has a long way to go in development, but his future looks promising. Possibly the steal of the 2016 NBA Draft was Kentucky Wildcat Tyler Ulis, whom the Suns selected with the 34th overall pick. Ulis was overlooked for his comparatively short stature, at 5’8’’. Proving the scouting community wrong, Ulis was by far the most productive of the three draft picks in the NBA summer league, showing innate leadership and an undeniable understanding of the game. He may prove not only capable of competing against NBA-level talent but able to succeed doing so right from the get.

In free agency, former Phoenix Suns’ Jared Dudley & Leandro Barbosa we’re signed. Both will bring veteran leadership, and possible guidance to the young roster. Neither signing is expected to bring major improvement, but to help facilitate the development of the team’s youthful core. The Suns started their NBA preseason on Oct. 3. They hosted the San Antonio Spurs at the Talking Stick Resort Arena. The Suns prevailed in the first match of the year with a score of 91-86. Devin Booker was the top scorer in that game shooting 5-13 for 19 points.

Curiosity has aroused about the loaded backcourt rotation was settled before the preseason even started when Coach Earl Watson announced that the starting lineup against the Spurs on the first preseason game would be the starting lineup going into the regular season.The Suns will have Jared Dudley and T.J. Warren as their two Shooting forwards, Tyson Chandler as the center, Eric Bledsoe running point as Devin Booker is the starting Shooting guard.The NBA regular season starts off with a visit from the Sacramento Kings at the Talking Stick Resort Arena on Wednesday, October 26 at 10:00 PM EST. So, sit back and relax. Your fix is almost here. 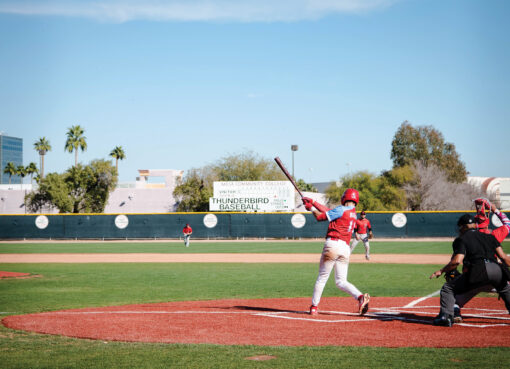