MCC football played on Oct. 3rd against New Mexico Military Institute, resulting in a loss of 35-28. Starting with a good kick from Austin Carver, the play was combated by another good kick from Nicholas Litang of New Mexico, at 22 yards.  During the second quarter Brennen Dobson passed to Aaron Molina completing a touchdown and a three yard kick from Austin Carver.  Kamon Clayton aided with a complete pass to Aaron Molina which resulted in another touchdown.

With the score at 14-7 and Mesa in the lead in the third quarter, there was plenty of hope for the final quarter.  In the last quarter, New Mexico’s Conner Cramer managed a touchdown and the loss was for Mesa with an 8-0 and overall score of 35-28. MCC was again in Yuma, AZ for another game on Oct. 17. First and second quarter were a bust with no scoring whatsoever and Arizona Western College at 7 for the first and 3 for the second. Kenneth Steele scored a touchdown in the first half with a second touchdown from Devin Reed in the second half during a 95 yard punt return.

This made the score for the 3rd quarter at 14 for Mesa and 3 for the Matadors. However, Arizona Western was too skilled at blocking Mesa’s kickoffs and going through our offensive.
In the fourth quarter, Rathen Ricedorff managed to up the score for Mesa to 21-13. It was the touchdown from the Matadors after a 65 yard rush that closed the deal and gave Arizona Western College the victory with a 27-21.  Saturday Oct. 24 at 7p.m. will be the next game against Scottsdale Community College. Followed by the WSFL Playoffs on Oct. 31. 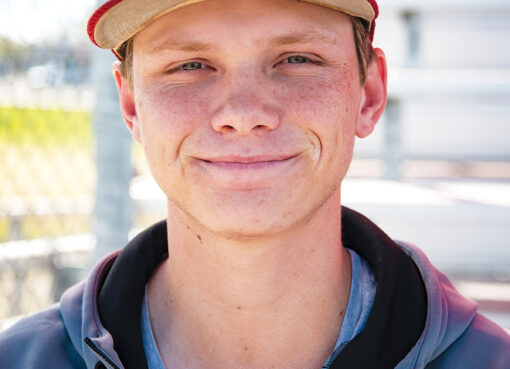 Cody Tucker can play an assortment of instruments, grew up a basketball fan, and had no intention of
Read More
04/15/2016

Mitchell Morimoto, an insight on what it takes to be great