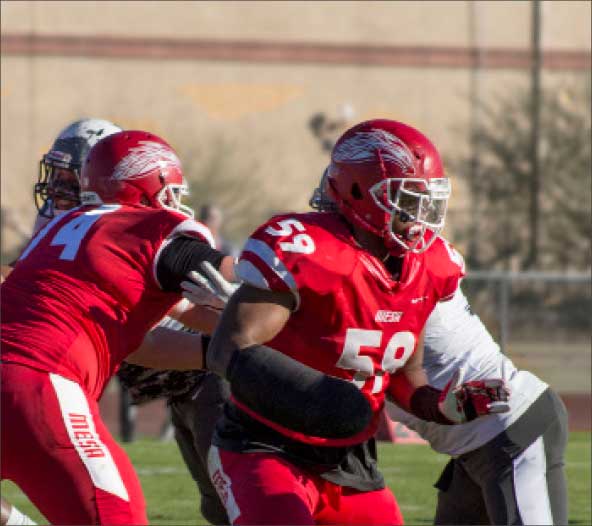 The recommendations were provided to current Chancellor Maria Harper-Marinick in early May and are currently under review. The Mesa Thunderbirds football program has been successful since its formation in the late 1960s. Since then the Thunderbirds have gone on to make over 15 top three appearances. Two of those have come in the last five years.

Last year the Thunderbirds finished second in the conference after a hard-fought double overtime win in the Valley of the Sun bowl to close out the season. The Thunderbirds finished with a record of 9-2 and had their best season since 2007. If the football programs are cut because of the report a traditional recruitment avenue for four year colleges would be lost.

The Thunderbird football program has sent over 25 players to the NFL that have combined for over 65 seasons. The recommendation to cut football programs caused concern in the community among student athletes, coaches, staff, and students. Matthew Hasson, a MCCCD official said, “It is important to remember, at this time, this is only a recommendation, and ask for your patience and understanding as the recommendation is studied and its impact reviewed.”

Kian Hagerman Mesa Legend In their closest game since they played against Arizona Western on Feb 1,
Read More
12/03/2015

Season overall a success as year ends for MCC soccer

By: Joe Jacquez It is that time of year again T-Birds Soccer fans. The 2014 Men’s and Women’s soccer
Read More