If you want to change the world, the best place to start is a good Wi-Fi connection. There’s no denying that social media has become the breeding ground for new ideas and social movements. Analissa Alvrus, sociology professor at MCC explained, in the age of Facebook and Twitter, people can easily find political causes and social movements that align with their world view. “People become more easily quickly aware that there are others in the same situation as them. You also have role models that are not necessarily the standard role models that you get in Hollywood or other controlled forms of media” Alvrus said. Local YouTuber, Victoria Magdalena Flores wishes to be one such role model.

After discovering the Eff Your Beauty Standards movement on Facebook and Instagram, Flores created her YouTube channel, Mother Makeup Official, to promote body positivity. “The body positivity movement supports all kinds of body types. Whether you feel you’re too fat or too skinny, we are here to support you.” said Flores “If you want to love yourself, we’re here for you.” Flores hopes that by sharing her knowledge of makeup as well as daily tips on how to be more confident, she can inspire others to love and accept themselves, no matter their size.  It seems that anyone with a keyboard or camera can create a social movement or even influence global events. One of the most compelling examples social media’s influence on change in the real world is the Arab Spring, a series of revolutions and uprisings in Arab league countries.

Rallies and protests were organized using Facebook and executed predominately by Arab youth, resulting in rulers from Yemen, Tunisia, Egypt and Libya being forced out of power. But despite their power, there is a question of fragility in these digital social movements. “You can build bigger movements with the help of social media,” said Alvrus “But without person- to- person contact, it ultimately devolves to individual interpretations of what each movement is about,” Despite its flaws, social media has tremendous potential to incite social change and millennials like Flores are clearly leading the march. Alvrus credits this to the exuberance and freedom of youth. “As you get older, people get stuck in their habits, and you lose some of the flexibility of your earlier experience. Youth is the time to think about where your life is gonna go and how you’re going to shape things.”

‘Magic: The Gathering’ a pastime for MCC students

Andrew Sandoval Mesa Legend “Magic: The Gathering” is a trading card game created by Wizards of the
Read More
08/25/2017 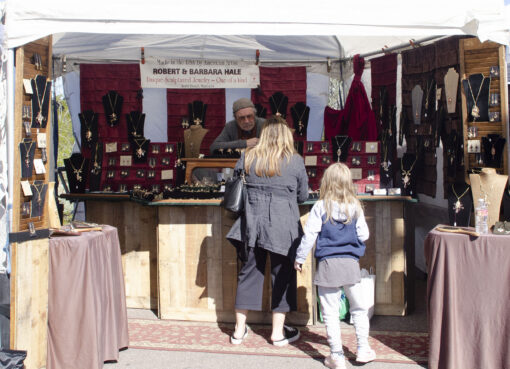 Ryan Alarie was able to quit his job a few years ago and focus on his seasoning business.  A large s
Read More