The Washington Redskins were originally the Boston Braves until 1933 when the owner purportedly changed the name to honor a Sioux Native American coach, William “Lone Star” Dietz, and it is for this reason the current Redskins owner refuses to change it.

Students at MCC say they agree and disagree to the name change and whether the Redskins name is a derogatory stereotype.

Bradley David, an architect major at MCC, said the mascot name should be changed as it will change peoples’ perspective of Native Americans.

“Caucasians played Indians in the movies in the past and people made fun of them,” he said. “I take offense to the Redskins name, I don’t have red skin. I am Native American.”

Ashley Etsitty, who is getting her AA degree at MCC, has a different opinion.

“I don’t really care because it doesn’t affect me,” she said.

In a rush to get to class, she made a point that she was not offended by the Redskins mascot name because Washington itself was across the country, far from her.

Courtney Smith, an MCC Social Science instructor teaching U.S. History, said the hardest thing for people, especially students, to understand about the Redskins name is that there is a lack of empathy.

“If it doesn’t affect them directly, people usually won’t care,” she said.

In her lecture hour, Smith has history sections regarding the Southwest Native Americans and some of the hardships the tribes had to endure.

She said this puts students’ perspective on those tribes differently as they usually are unaware of those tribes’ hardships.

“I definitely try to keep it as close to home as possible so that they do have empathy,” she said.

To take the lesson beyond empathy, Scott Russell, an anthropologist teaching in the cultural science department at MCC, said he focuses on ethnic relations specifically in culture and sport.

His question to his students is, “Why do we have Native American mascots that are going to perpetuate stereotypes?”

And he does something different to make that point.

In a class assignment, students split up into five groups representing different cities and they create a team mascot name complete with visual symbols, descriptive words to define the team, fight songs, a mascot picture and words and phrases to represent the mascot.

Russell said the students usually come up with negative stereotypes.

“This is where it becomes evident to students that some mascot names are just plain offensive,” he said.

He further explains that although the Redskins mascot name was to honor Dietz in the early 1930s and may have been allowed, it is not necessarily considered appropriate in 2014.

“You are basically equating Native Americans to animals because we have mascots like the Tigers and Bears,” he said. “We don’t really have any cultural groups except the Irish of Notre Dame and that is about Irish immigrants and their fight for freedom, hence, the Fighting Irish.”

According to Russell, one of four Native American teenagers attempts suicide and with the low perspective of life already set, the added perception of being nothing but a mascot or cartoon character only adds to the psychological harm.

“You have to identify yourself in a strong way,” he said. 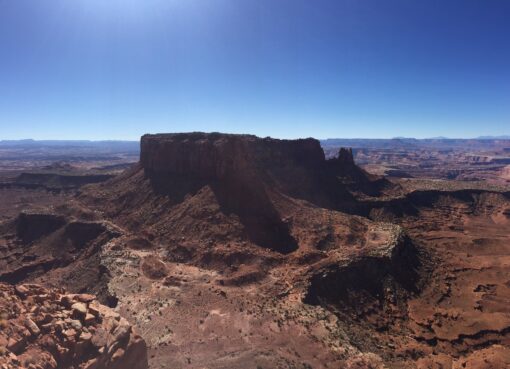 COVID-19 on the Navajo Nation: Grief in a Pandemic

A Navajo Native tells about their grief during the quarantine.
Read More
01/20/2015

When it comes to campus safety, two events are often misunderstood or confused with one another: the
Read More