The light rail expansions are right on time as Arizona becomes a more attractive location to the world.
There is excitement in the Valley following the growth of Valley Metro’s light rail, which comes seven months ahead of schedule. On Aug. 21, the grand opening fanfare saw families from all over gathered to celebrate the new 3.1-mile extension.

Despite some opponents of the expansion and future plans in Glendale by 2018, many are optimistic about what may lie ahead in these new directions.
MCC student Arnetta Louis drives to campus from her home in Tempe, but says she often rides the light rail to meet friends on Mill Ave. Louis is now open to becoming more familiar with downtown Mesa, which has a similar arrangement of bars, shops, and restaurants as Mill. “I like that it is now accessible and I look forward to exploring that area more this fall.” Louis said. 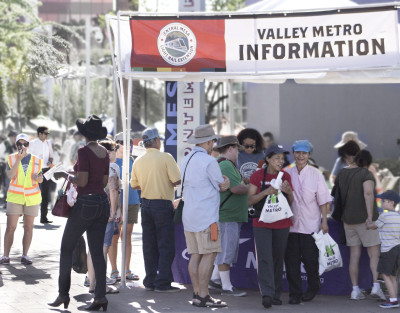 This is the kind of revitalized spirit businesses and residents of the city have been waiting for. There are already big plans for the area that are expected to draw some national attention.
A company named Motor Media from New Jersey will host a first time free music festival in downtown Mesa on the weekend of Nov. 12. Over 100 bands from around the country are in line to perform. Some wishful thinkers believe it might become something like a SXSW held annually in Austin.

This month, riders will not only be exiting the light rail stops in Tempe for Mill Ave. and Sun Devil football games, but also to see musical acts Hozier, Kanye West, and J. Cole live at SummerEndsAz Music festival set to take place at Tempe Beach Park.
Such events correspond with growing Valley communities and an increasing student population in both Tempe and Mesa. 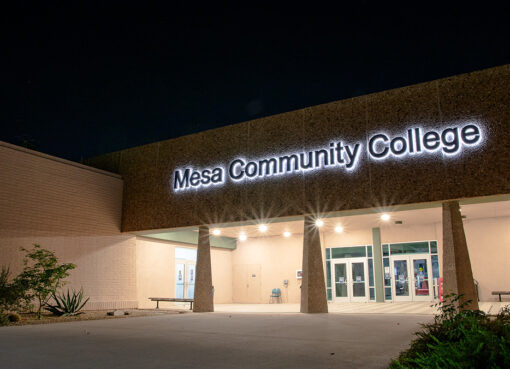 A scramble to the deadline led to a $3 million Hispanic-serving institution grant for the college.
Read More