Imagine watching the news on TV and the top story is about US drone strikes on drug lords in Mexico that take out the top leaders of the cartels, not only freeing the beleaguered citizens of Mexico from their grip, but also for the most part, garnishing a huge victory for America’s “War on Drugs”.

Relax, that will never happen. Why? I was hoping you could tell me.  I’ve had people tell me that these drug lords aren’t terrorist which caused me to ask myself, “What is the definition of terrorism?”  According to the FBI, “International terrorism” means activities with the following three characteristics:

Judging from everything that I have seen or heard from even the most reputable media outlets, these cartels have committed depraved acts of violence and cruelty resulting in the deaths of more then 60,000 people from 2006 to 2012 alone, according to Human Rights Watch.  On May 13, 2012 the corpses of 49 people were found on the side of the highway. The bodies were decapitated and dismembered and left with a message written on blanket threatening Mexico’s security forces and rival cartels. In another incident 18 people were decapitated and 9 of these victims had their bodies hung from a bridge in the city of Nuevo Lerado right across the border from Lerado Texas, which is in the USA last time I checked. These are clearly acts of intimidation on the civilian population and government officials.  Why else would these deaths be so public and brutal? Incidents of kidnapping, assassinations, and coercion are common place, well documented and perpetrated against private citizens, and government officials alike.

Sometimes I ask myself what are the direct ill-effects that these cartels have on the United States verses the ill-effects that terrorist in a country like Pakistan, which is the recipient of the most US drone strikes in the world because it‘s supposed to be a safe haven for terrorist who operate in Afghanistan.  For the most part it’s clear that we need to worry about religious extremist, but with the exception of Americans who were themselves killed or injured in direct terrorist attacks on places like New York or Boston, or had loved ones killed or injured in the military, the direct ill-effects of religious extremist touch a much smaller percentage of the American population as opposed to the direct (and indirect) ill-effects that these cartels are having on America every day. Almost all of us personally know someone who has succumbed to drug addiction or who has been arrested or has done time for drugs. On the nightly news we see people who have been killed on either side of the law because of drug related violence, not to mention all the American families torn apart by the detrimental effects that drugs have had on our country for generations.

I guess the reason that all this strikes me as ironic is because we have this “War on Terror” in which we have the proclivity to utilize deadly drone strikes on terrorist leaders who’s violence is based on religious beliefs and who operate in remote locations (Pakistan is 7,812 miles from where I live) and who’s direct threat on America is for the most part, abstract and has little to no effect on those I know, or on me in my daily life.  On the other hand we won’t see drone strikes on these cartel leaders who use brutal terrorist tactics and who operate in very close proximity (the Mexican border is 246 miles from where I live) and who’s violence is based on profit and who’s direct ill-effects has killed tens of thousands of Mexicans and has caused havoc and destruction in the lives of millions of Americans.

Worrying does nothing to solve problems

By: Sebastian Miguel The exact causes of anxiety are probably more than can be listed. No doubt we a
Read More 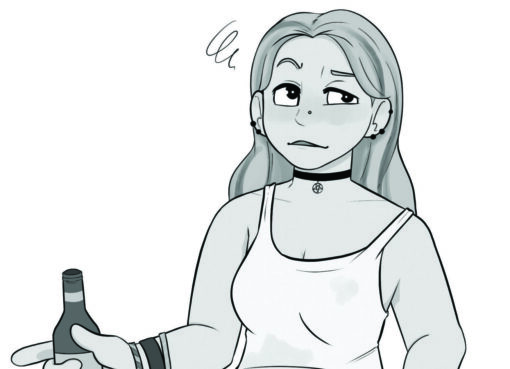 Deal with stress in a positive way

By: Sebastian Miguel Everyone is faced with all kinds of struggles in life and even sometimes the da
Read More