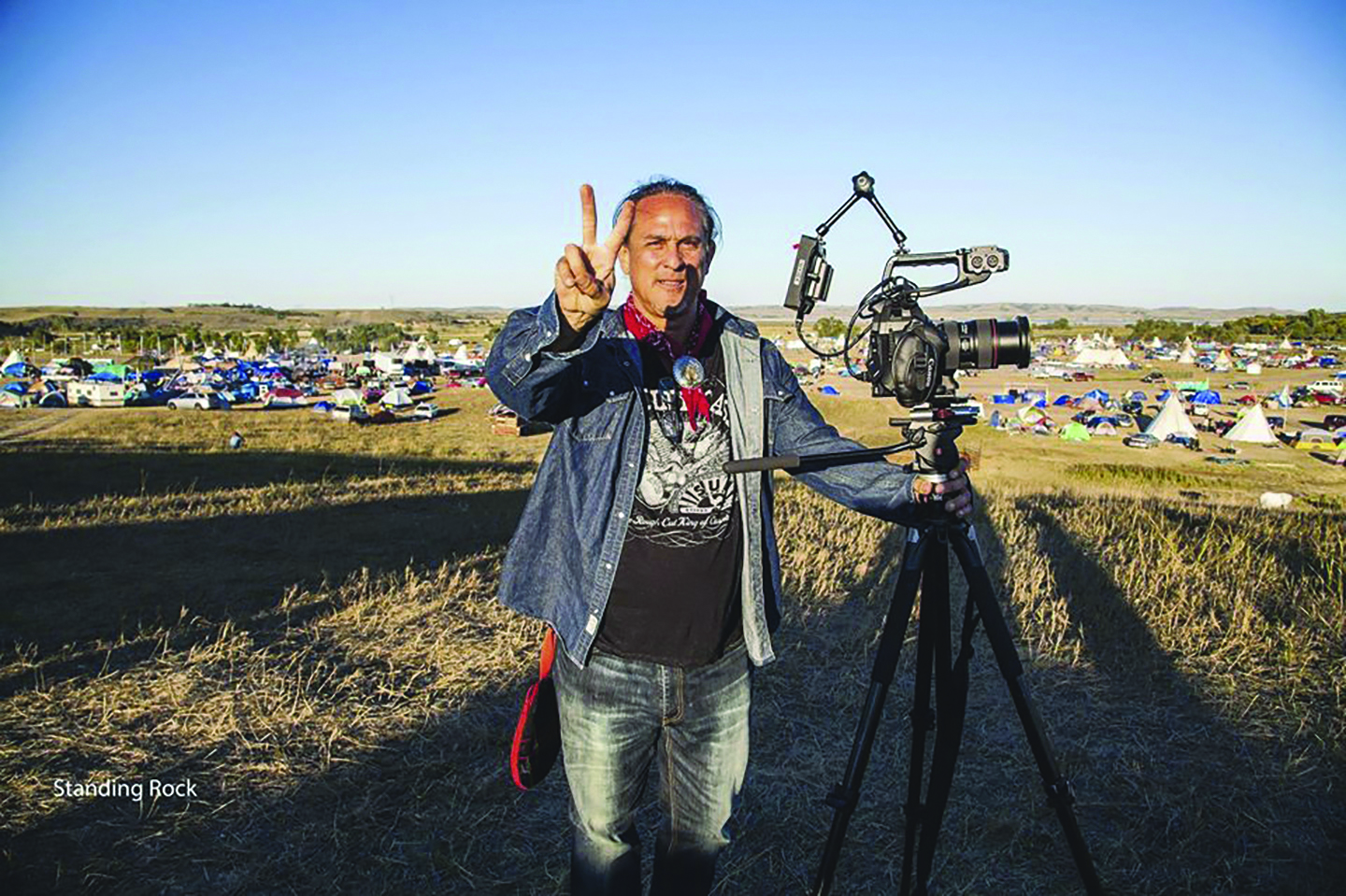 Tucked behind Grounds for Thought and just before the library is the New Media Lab and its director and professor Eddie Webb. In May, Webb was named the 2019 Teacher of the Year by the Mesa Chamber of Commerce for his involvement with the New Media Lab, work within the community, and incorporation of technology into the classroom. The $500 reward for the award was donated right back to the program in the form of new microphones. His students nominated Webb for the award, who teaches English by incorporating videos and podcasting.

The New Media Lab provides support for students looking to produce multimedia content for classes or for themselves. Webb opened the lab in May of 2017 and has since served over 1800 participants and trained 76 faculty. Several different foundations and organizations have honored Webb and the lab for work within the community. Adobe offered Webb $25,000 in scholarships for student software which will assist students in the lab. Most recently, Webb has been hired to help build labs like the New Media Lab on all 10 Maricopa Community College campuses. Webb will also be writing a book in partnership with Adobe to teach educators worldwide how to build facilities like the New Media Lab  and incorporate Adobe software on their own campuses.

Twenty years ago–before Webb started working at MCC–he had already begun working in photography and video production. After members of his tribe persuaded him to go back to college, Webb was confronted by racism in his first class. While watching the film “Dances with Wolves” in class, the teacher made a racist remark about the smell of Native Americans. Webb recalled how he reacted: “That was the day I remember saying ‘I needed to do something.’” This moment, combined with an early association with activists in his community like Russel Means, Floyd Westermen and Dennis Banks, lead him to his first book and the ideas of inherent sovereignty.

Webb said of his first book, “Generations Our People Say”, “What I wanted to do was get in the record the Native side of things. And not just the response…because that response to those things is a different identity than being who you are. I don’t have to resist…just my very nature of who I am is a resistance. So, I’m trying to empower people to have their own voice.”  Since then, Webb has published books, produced documentaries, acted in films, and worked as a professional photographer.

Webb also received his doctorate from Northern Arizona University last summer, and he now defines himself as an educator as opposed to a teacher. “Being an educator is to fit into a community of learners and pull out their stories,” he said. “To me the most valuable resource in the classroom is the student.” Beyond being an educator, Webb works within the community at MCC and off campus. One of Webb’s efforts on campus is a privately funded scholarship for Native filmmakers to produce Off campus, Webb helps organizations and communities that may not have funding produce video and photo content. Currently, Webb is working on a documentary chronicling the Native perspective on the fires in California with tribal elders. In addition to community work, Webb acts in films–when he’s not busy producing them. He will appear in the feature production “The Un-Healer” as an elder spirit alongside Adam Beach and Branscombe Richmond. Students can enroll in Webb’s English 102 course or schedule a time to work in the New Media Lab by filling out the project request form online. Native students can engage with programs like American Indian Institute, or the “Hoop of Learning” Indigenous podcast, which has several episodes under its belt–all recorded in the New Media Lab.

MCC celebrates the 50th anniversary of its first graduating class

‘Magic: The Gathering’ a pastime for MCC students

Andrew Sandoval Mesa Legend “Magic: The Gathering” is a trading card game created by Wizards of the
Read More