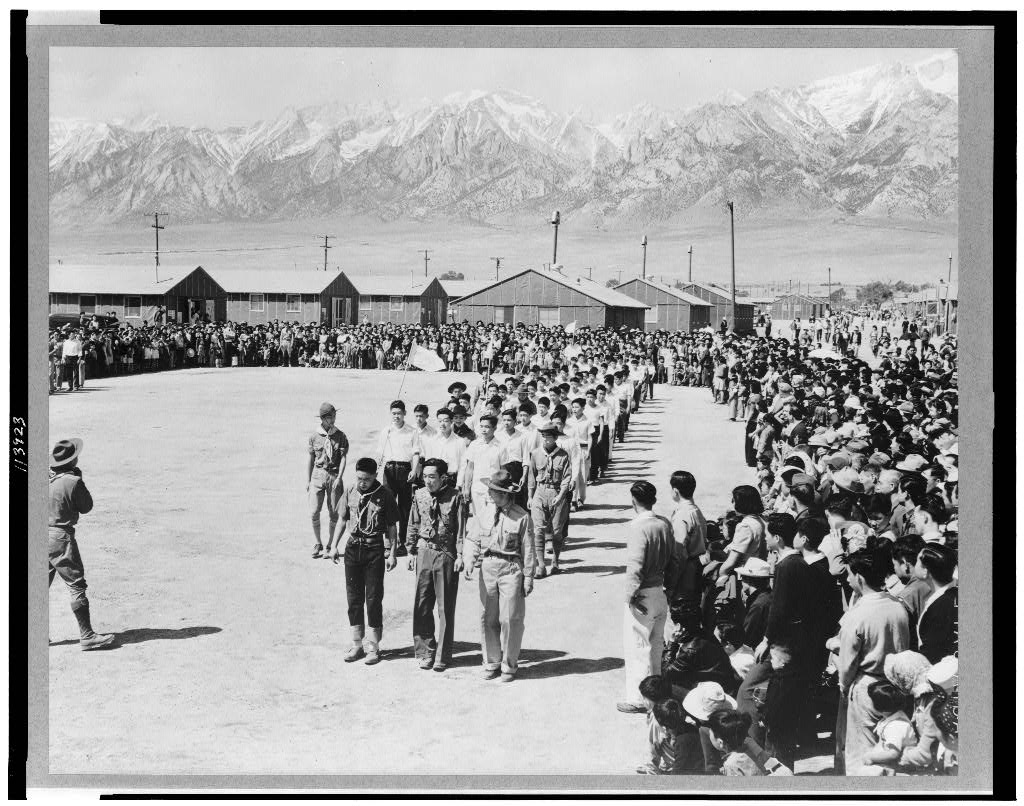 The United State's long history of concentration camps continues to this day with detention centers at the border. (Photos courtesy of the Library of Congress)

When someone says concentration camp, we immediately jump to Nazi Germany. During that time, millions were driven from their homes into cramped, inhumane and deadly conditions. This is routinely seen as the epitome of human depravity. This is our benchmark for how terrible we can be. Unfortunately, Nazis were not the creator of the concentration camp.

In “Mein Kampf,” Hilter’s manifesto, he cited the United States as having “good sense” in their attitudes to immigrants who would harm the nation. Notable Nazi researcher Herbert Kier wrote an essay in the “National Socialist Handbook for Law and Legislation” describing how Nazis could learn from American laws regarding segregation, citizenship and the treatment of American Indians.

In 1830, Andrew Jackson passed the Indian Removal Act. In his State of the Union address, he said it would “separate the Indians from immediate contact with settlements of whites,” and help them “cast off their savage habits and become an interesting, civilized and Christian community.”

This would become known as the Trail of Tears.

Before the Cherokee people were forced to begin the march, thousands were crammed into Fort Cass. Many would succumb to diseases such as dysentery, while many more starved and froze to death.

According to the Smithsonian American Art Museum, a quarter of all the Native Americans died.

Concentration camps would return when Japan bombed Pearl Harbor in 1941. Though Americans initially supported their fellow Japanese-American citizens, fear spread as time went on. In 1942, President Franklin Roosevelt gave Executive Order 9066, which resulted in 117,000 Japanese Americans citizens being detained without trial and put in “internment camps.” Two of these camps would be placed on Arizona reservations.

Many camps were surrounded with barbed wire and only provided the bare essentials. These U.S. citizens were kept there until 1946. For four whole years, they were stripped of their rights.

Today, the U.S. operates “detention centers.” According to U.S. Immigrations and Customs Enforcement (ICE), it operates 131 of these centers with around 34,000 detainees. News organizations like CNN, Forbes and the Times have reported cramped and unsanitary conditions–even during the COVID-19 pandemic.

In April of 2020, ICE had a “zero tolerance” policy where children were separated from their families at the border. This policy was eventually reversed, but there are still hundreds of separated children. A nurse in Georgia filed a whistleblower complaint in early 2020, claiming women were receiving hysterectomies without giving informed consent.

It’s obvious that we still have and use concentration camps.

Germany learned its lesson and now dedicates time and energy into educating its people about their nation’s mistakes. It’s time we did the same.