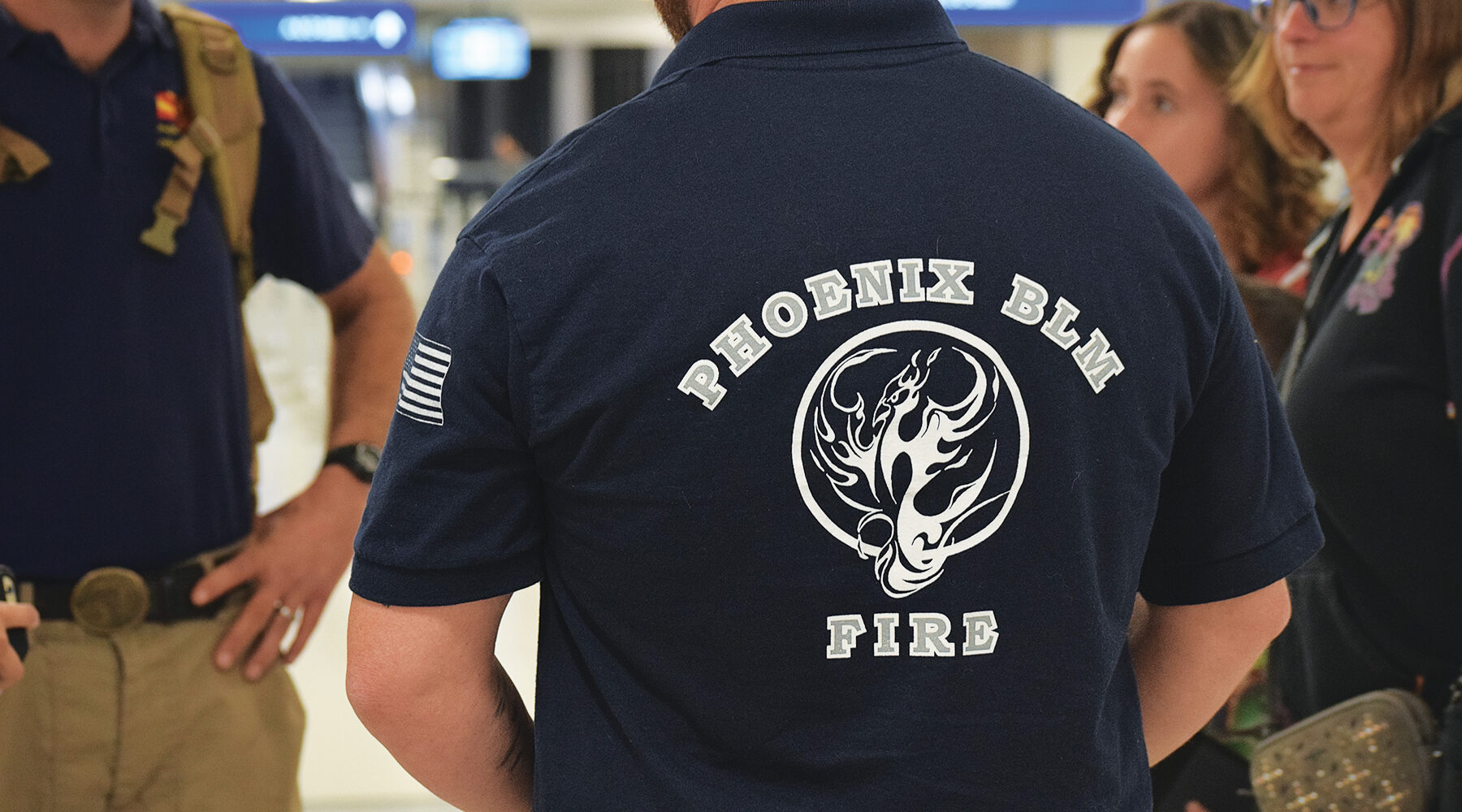 The Arizona branch of the Bureau of Land Management (BLM) deploys another group of firefighters to join the ongoing fight against the raging wildfires devastating Australia.

Since the start of 2020, BLM has sent a total of 13 firefighters from Arizona for 30 day deployments at the request of the Australian government.

Multiple federal land management agencies are involved in providing relief; including, The Department of Agriculture and The Department of Interior are sending personnel leading to over 200 individuals from the United States travelling abroad to aid another country.

Dolores Garcia, Public Affairs Specialist for BLM, explains how the partnership between the countries was developed.

“I’ve heard of people going out in the past, but never imagined I would have this type of opportunity to support a whole other country,” Thul said.

Joining Thul on January 22, 2020 was Fire Operations Specialist RobRoy Williams for BLM. Arriving at the airport, Williams is joined with his family as a show of support for his deployment.

While the different field types are a cause of concern for Thul, he is encouraged by family, friends, and the relationships formed with the men and women he will be working with.

“Fighting fire next to someone gives you a brotherhood and sisterhood with them, those types of connections will last a lifetime,” Thul added. “Having aspects of social media your able to contact them on a regular basis.”

The fires have continued to rage on since September 2019. According to CNN the rapid spreading bushfire has destroyed 17.9 million acres and taken the lives of 28 individuals and millions of animals.

Although these fires occur during the warned fire season, not all causes are natural. Police reports from New South Wales, an Australian state, declare legal action being taken against 183 individuals being charged with “bushfire-related offences.”

Although relief is consistently being provided with more volunteers and donations, temperature peaks in the months of January and February. Australia continues to request more aid.

“They are looking to potentially, at least, create a list so if Australia comes back with more requests, we are ready to deploy. There’s potential for another deployment.”

Kierra Sharman
Kierra Sharman is a sophomore at Mesa Community College, majoring in journalism. She is the senior reporter for the Mesa Legend and has written for other community papers since 2016.