“God is an ever receding pocket of scientific ignorance,” according to astrophysicist Neil deGrasse Tyson.

This is a quote used by the Mesa Legend’s Editor-in-Chief, Ryan Scott.

Mr. Scott said that phenomena such as the sun rising were once attributed to a being such as God, but can now be explained by science.

Not all scientists agree with this assertion, though.

Dr. Jay L. Wile has said that it is impossible for science to prove anything.

Dr. Wile says that “science is based on experiments and observations, both of which can be flawed.”

Science once “told” us that the sun rotated around the earth, an absurd notion today.

While evolutionists have a theory on how human beings came to be what they are today, they are consistent in their inability to explain life’s genesis.

Christians concede that their beliefs are based on faith, evolutionists should do the same.

Mr. Scott also cites famous scientist Bill Nye with regard to Noah’s Flood. Terry Mortenson, Ph.D. says that our rock record is – in fact – evidence of Noah’s Flood. According to Dr. Mortenson, this flood would have “produced vast sedimentary deposits, burying billions of land, air, and sea creatures along with much of the vegetation.

And it would have done so on the entire planet.” After that, he continues, “the waters receded with great power from the continents, they would have eroded many of the sediments laid down in the first half of the Flood and redeposited them elsewhere.”

This lends strongly to the school of thought known as catastrophism, which teaches that a sudden catastrophe, such as a worldwide flood, would create the same conditions on earth as would be there with millions of years of entropy.

Mr. Scott closed by saying, “I am no scientist, but I certainly trust the knowledge of those who are, not things written in a book thousands of years ago when we still believed the world was flat.”

While that sounds like a solid argument, we would also have to discount the beliefs of others who were around when people still believed the earth was flat.

This would include Euclid, Plato, Socrates, Aristotle, and many others.

Furthermore, this book that Mr. Scott references actually dispelled the notion that the earth was flat.

Isaiah 40:22 gives a description of God, which reads, in part, “It is he who sits above the circle of the earth….”

Mr. Scott and those with a “relative amount of education” don’t see how a belief in a young earth is possible, but the facts are staring us straight in the face, and I don’t understand how those facts can be ignored.

Jack Carroll MesaCC Legend It is practically impossible to escape these days, you turn to the news a
Read More 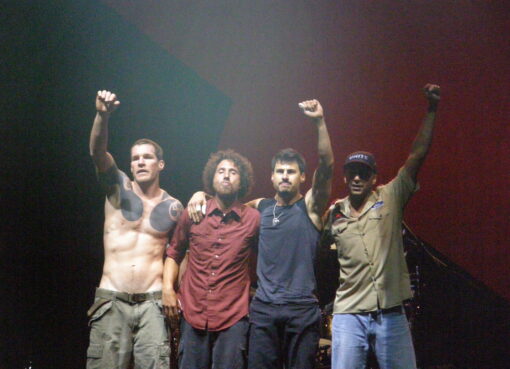 There is no Rage in this Age

The lyrics of Rage Against The Machine (RATM) frontman, Zack de la Rocha, are always belted in a kam
Read More